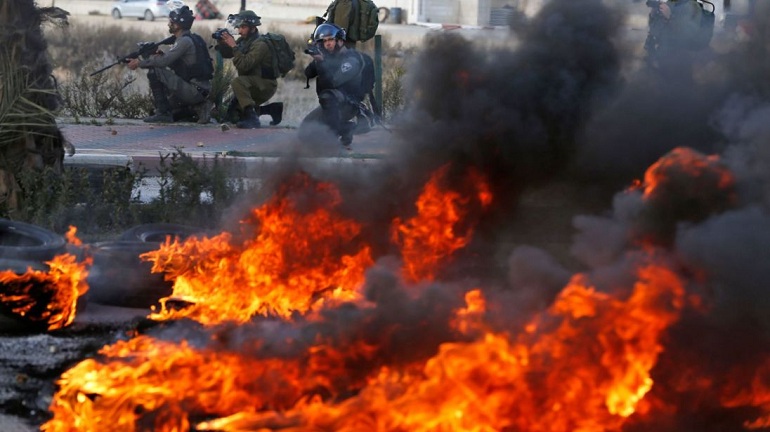 Israeli troops clash with Palestinian demonstrators during protests against a decision by US President Donald Trump to recognise Jerusalem as the capital of Israel, in Ramallah in the Israeli-occupied West Bank on December 7, 2017. / AFP PHOTO / ABBAS MOMANI

Clashes in Palestine after Trump’s decision

At least 50 Palestinians have been wounded in clashes in the occupied West Bank, during protests against US President Donald Trump’s recognition of Jerusalem as Israel’s capital. The injuries are mostly from tear gas and rubber bullets, but there are victims by live fire.

Political movements have called on the Palestinian people to hold a general strike to protest against US President Trump’s decision to recognize Jerusalem as Israel’s capital.

Violent protests have broken out in Ramallah and Bethlehem, and the air is full of smoke of burning tyres and ambulance crews arriving at the scene where people are using makeshift slings to throw stones at the Israeli defense forces.