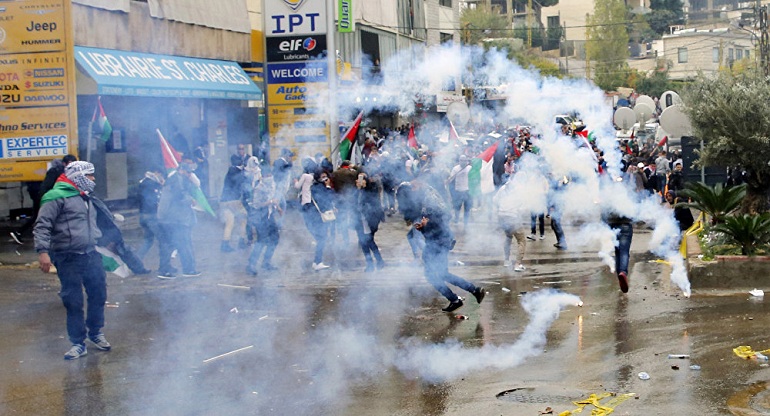 Clashes between the Lebanese security forces and Protesters

People brought Palestinian flags and chanted slogans, denouncing Arab leaders for their inaction, and according to media reports, several people were injured, while the protesters tried to break into the embassy building.

The Lebanese security forces have barricaded the main road to the US embassy as protesters set fires in the street.

Earlier, the Lebanese Foreign Minister Gebran Bassil called on Arab countries to conduct a common political course after the US decision to recognize Jerusalem as the capital of Israel resorting to a wide range of tools including sanctions.