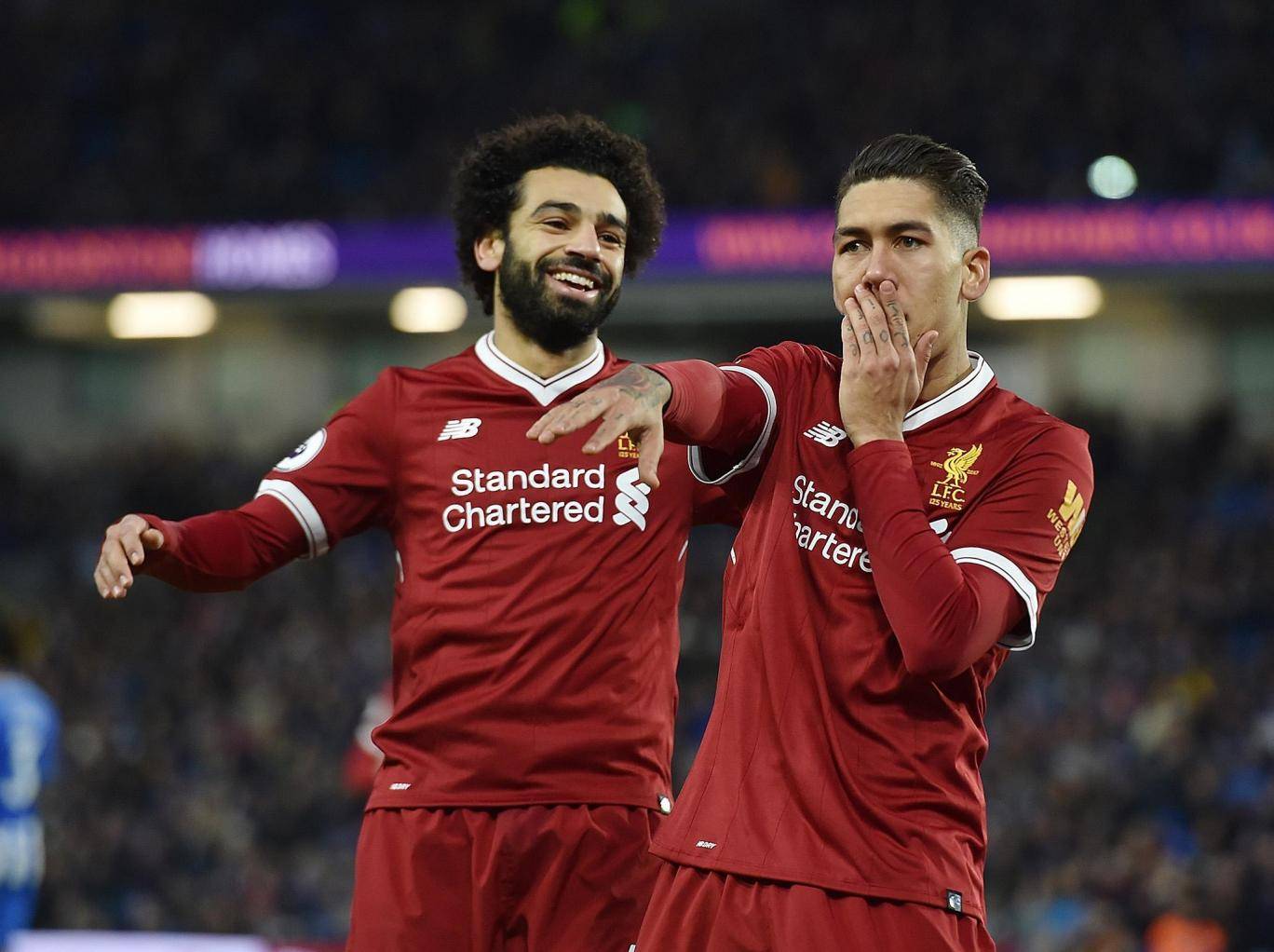 Brighton 1-5 Liverpool… With the participation of Mohammed Salah

Liverpool turns on the style with five against Brighton.

A comprehensive victory, capped by two goals from Roberto Firmino, moved Jurgen Klopp’s side back into the top four and provided a telling reminder of the attacking strengths that are key to their ambitions this season.

In-form Mohamed Salah lined up alongside Coutinho and Firmino in a three-pronged attack and it was the Liverpool forwards who saw much more of the ball in the opening moments as Klopp’s side immediately pressed forward.

Salah was quick to move onto a loose ball but was denied by a good save from Brighton keeper Mat Ryan and Firmino should have done better when he headed over from Coutinho’s corner.