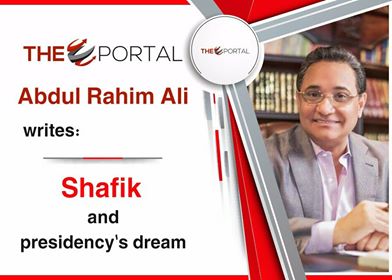 He begins to fall from Paris begins after meeting with mediators about the Qataris and Muslims Brotherhood.

What many do not know: Before the premiership of the government in the era of the MB, he accepted to be prime minister, but Khairat al-Shater rejected offer at the last minute

I called him to reject any understandings with the terrorist group so as not to fall into the trap prepared for him, but he did not pay attention to the magnitude of the challenges that need to unite everyone

He lived in a dream, created by MB, that the country is ready to do his role as “Don Quixote”

We called him after the 2012 elections to stay and be with the Egyptian rally but he said: “I am not a political man”

I told him: The Egyptian people will not forget his escape instead of advancing the ranks in face of the rule of the guide, but he said “wait and we will see”

I said to him: His pilgrimage under the pretext of ‘Umrah” was a cowardly act, and people pay a heavy price for that, he replied “my dignity is paramount”

We agreed a few days ago not to announce his candidacy in respect of the martyrs’ lives, but he chose to walk on their blood.

He went to “Al Jazeera” channel, and attacked UAE, by Qataris orders.

Soon… Special episodes:
What many do not know about Shafiq?