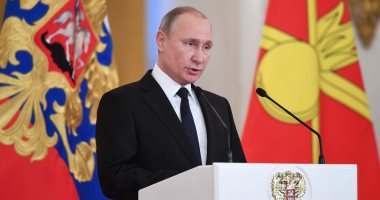 A Terrorist Attack in St. Petersburg

On Wednesday, a blast occurred in a store in St. Petersburg, injuring 13 people, Sputnik reported.

Russian President Vladimir Putin has declared the explosion in St. Petersburg a “terrorist attack,” ordering to act in accordance with law when detaining those responsible for the crime.

He said that if there is a threat to the lives of law enforcement officers, they need to “act decisively, not to capture anyone, to kill on the spot.”

An explosion occurred on Wednesday at a grocery store in Putin’s home city of St. Petersburg, leaving at least 13 injured. According to the Russian Investigative Committee, preliminary data shows that a device stuffed with damage agents is likely to be the cause for the explosion. While the investigation is underway, all versions are being considered. (MENA)