Latest Posts
18:10
Home News This is why Donald Trump asked his daughter, and her husband to step-down 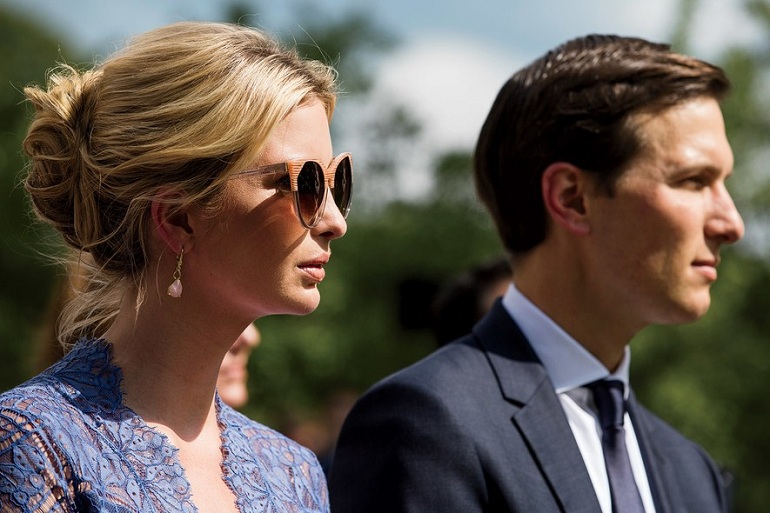 This is why Donald Trump asked his daughter, and her husband to step-down

President Donald Trump has told his daughter Ivanka Trump, and her husband, Jared Kushner, to move back to New York, fueling rumors of a strained relationship between his son-in-law and US Chief of Staff John Kelly.

The newspaper said the relationship between Kouchner and Kelly is not good, because of differences of views on what the newspaper described some “sensitive files.”

Kelly reportedly created a new system under which all advisers are required to report to him. This means Ivanka Trump has to go through Kelly to get to her father.

Kushner is apparently also not on the good side of Kelly, who reportedly expressed discontent over Kushner’s visit to Saudi Arabia in October. On the trip, Kushner reportedly met with the Saudi Crown Prince Mohammad bin Salman.

Axios reported on Monday that Ivanka Trump and Kushner are staying out of Kelly’s way as the chief of staff tries to restore order.

Reports surfaced that the president was not too happy with Kushner too after he took his advice to fire FBI director James Comey and met with a Russian operative.

The Trump administration and the Trump family have been entangled in press coverage over the special counsel investigation into the president’s advisers’ ties to Russia.

One of the foreign contacts Kushner has since added to his clearance forms includes Russian lawyer Natalia Veselnitskaya, who was at the infamous Trump Tower meeting in 2016 with the now-indicted former Trump campaign manager Paul Manafort.

It’s unclear if Kushner and the first daughter will decamp to New York City, where they still have an apartment. The couple currently lives in a $5.5-million home in the ritzy Kalorama section of Washington, D.C.