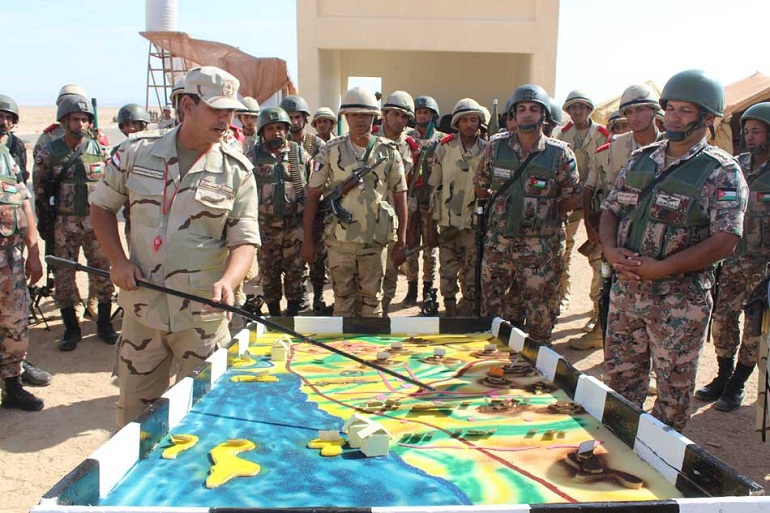 The Egyptian-Jordanian joint military exercise dubbed “Al-Aqaba 3” kicked off on Tuesday at a military base in the north African country, the Egyptian military spokesman said in a statement.

“Elements of the land formations in the southern military zone, the Egyptian fleet, shock troops and paratroopers along with the Naval and Air forces will join the exercises,” the statement added.

The exercise comes within the framework of enhancing the capacity of running joint air activities and boosting military cooperation between the two sides, the army statement added.

It also aimed at boosting relations between the armies of both countries and training the troops on facing the current security threats and possible future ones.

The two countries held a similar drill last year, with the participation of elite military units from the two armies.

The training of Al-Aqaba 3 is an extension of a series of joint exercises carried out by the armed forces with many friendly countries to develop areas of work and exchange experiences gained in the field of military operations.