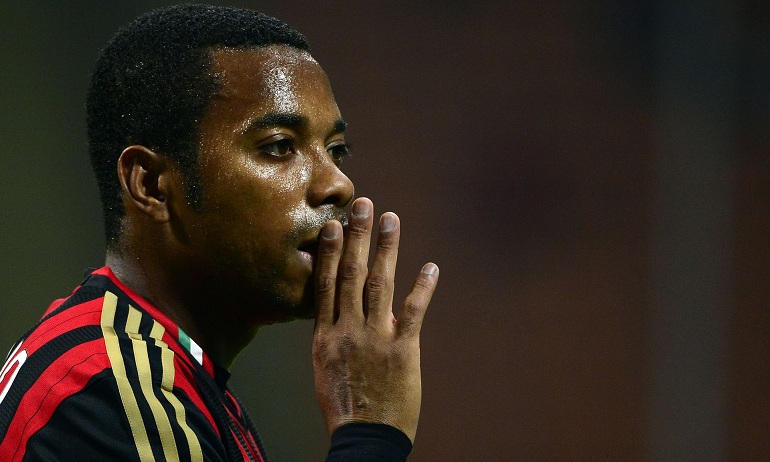 An Italian court has sentenced the former Manchester City and Brazil forward Robinho in absentia to nine years in prison after convicting him of taking part in a gang rape of an Albanian woman in 2013.

Robinho and five other Brazilians assaulted the Albanian woman, who was 22, after plying her with alcohol in a nightclub. The forward, who left AC Milan in 2015 after five years, was not in court but pleaded not guilty via his lawyer.

The sentence will be put on hold until the appeals process is completed. Robinho, capped 100 times by his country, spent two years at Manchester City and currently plays for Atletico Mineiro in Brazil. Robinho was playing for AC Milan at the time.

The Brazilian, 33, who is currently playing in his homeland with Atletico Mineiro, has vowed to challenge the ruling. Under Italian law he won’t be sentenced until the appeals process has been finalised – which could take years.

A statement posted on his Instagram from his legal team said: “Regarding the news involving the striker Robinho, in an incident that occurred several years ago, we wish to clarify that he already declared his innocence and maintained he had no involvement whatsoever.”

It added: “All legal steps are now being taken with regards to this decision by a court of first instance.”

If he loses the appeal he would could be extradited to serve prison time in Italy. But until now Robinho’s sentence will be put on hold until the appeals process is completed. The Milan court ordered the victim receive 60,000 euros ($71,000) as compensation for her suffering.