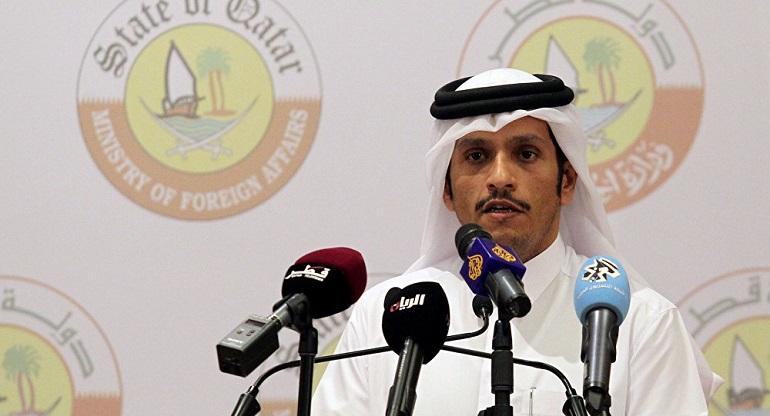 Qatar’s FM: Qatar is prepared for any military action from the Gulf States

Qatar’s foreign minister, Mohammed bin Abdul Rahman al-Thani, said that the countries of the province follow a pattern of unpredictable behavior and therefore cannot be ruled out militarily against Doha, as there is no positive step towards resolving the crisis.

Asked about the prospect of the Saudi-led bloc taking military action, Abdul Rahman al-Thani said though Qatar hopes that won’t happen, his country is “well-prepared” and can count on its defense partners, including France, Turkey, the U.K. and the U.S., which has a base in Qatar.

“We have enough friends in order to stop them from taking these steps,” but “there is a pattern of unpredictability in their behavior so we have to keep all the options on the table for us,” he said. On the U.S. military presence, “if there is any aggression when it comes to Qatar, those forces will be affected,” he added.

Abdul Rahman al-Thani said the tiny emirate has U.S. backing to resolve the ongoing crisis with a Saudi-led alliance, but the country is also prepared should its Gulf Arab neighbors make military moves.

Meanwhile, mediation attempts by Kuwait and the U.S. have failed to settle the spat with the Saudi-led bloc and Qatar. Abdul Rahman al-Thani accused Saudi Arabia of interfering in other countries’ affairs, citing the resignation of Lebanese Prime Minister Saad Hariri as an example of the oil-rich kingdom’s overreach and warning that other countries could be next.