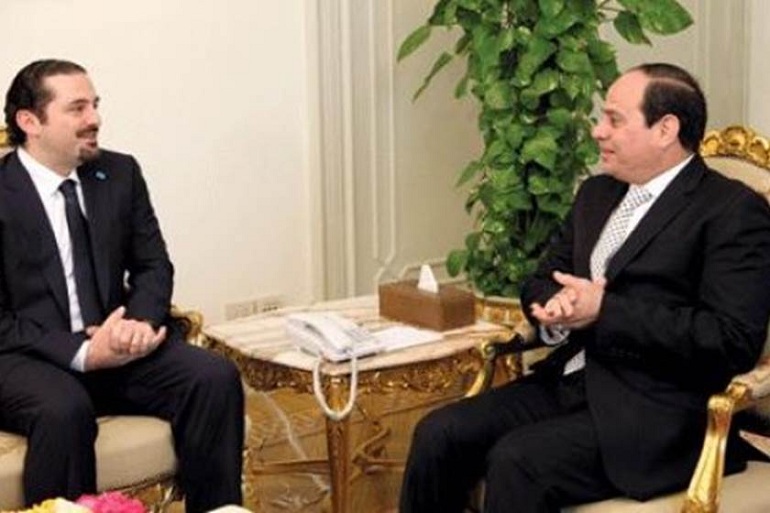 According to the Egyptian presidency statement, the meeting will discuss developments in the region and the current situation in Lebanon.

He has since been in Paris, where he met French President Emmanuel Macron.

Mr Hariri said he would return to Lebanon tomorrow for the country’s Independence Day celebrations.

In his resignation, Mr Hariri criticised Iran and its ally Hezbollah, which is in Lebanon’s coalition government.

The resignation sparked a political crisis in Lebanon and put it on the front line of a regional power struggle between Saudi Arabia and Iran.

Lebanese President Michel Aoun, a political ally of Hezbollah, has said he will not accept Mr Hariri’s resignation until it is delivered in person. Hariri is expected to return to Lebanon next Wednesday.