Latest Posts
00:20
Home Islamist Movements “Medvedev” calls the world to resist terrorism after the terrorist attack on the mosque in Egypt 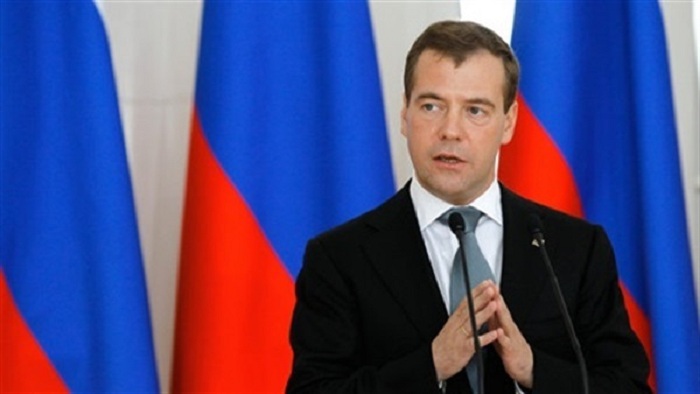 Russian Prime Minister, Dmitry Medvedev expressed his condolences to the Egyptian government on the martyrdom of a large number of worshipers today in the terrorist attack on Al-Rawda Mosque in Sinai.

He pointed out that the importance of cooperation by the international community to provide effective resistance to the terrorist threat.

According to the Russian government statement, the Russian Prime Minister said that this tragedy once again demonstrates the importance of cooperation among all members of the international community to provide effective resistance to the terrorist threat.

Russian President Vladimir Putin sent a cable of condolences to President Abdel Fattah al-Sisi of the terrorist attack that targeted the al-Rawda Mosque in the town of Bir al-Abd in the northern Sinai governorate.
“The killing of innocent people during prayer is a shocking act, and once again we make sure that terrorists are stripped of the concept of human values and ethics.”, Russian cable of condolences said.
Putin stressed Moscow’s readiness to increase cooperation with Egypt to combat terrorism and extremism.