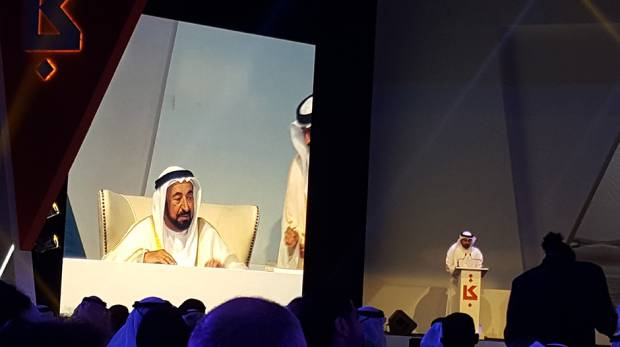 Light of knowledge — not armies — can repel darkness of extremism, Sultan says at book fair 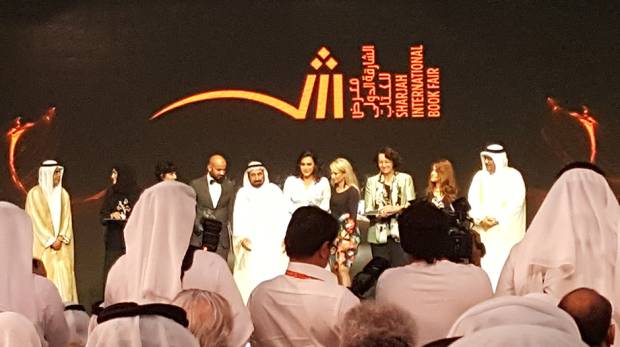 Sharjah: Only the light of the knowledge – not armies – can repel the darkness of extremism, guests were told at the Sharjah International Book Fair (SIBF), which began on Wednesday.

The comment came during the keynote address of His Highness Dr Shaikh Sultan Bin Mohammad Al Qasimi, Member of the Supreme Council and Ruler of Sharjah, at the opening ceremony of SIBF.

SIBF, said to be the world’s third biggest book fair, is running until November 11 at Expo Centre Sharjah.

On Wednesday, Shaikh Sultan said the world is facing the “darkness of extremism”.

The best antidote, he said, to defeat it is not military action but enlightened thought and culture. He added that hidden forces are at play in corrupting the minds of the youth – minds that need to be replenished with a message of tolerance.

Shaikh Sultan said such positive messages can only be nurtured through books, education, knowledge and the daily practice of tolerance.

He drew parallels between the retreat of Mongol invaders (at the hands of Egypt’s defenders in the past) with the extremist threat facing Egypt today.

During the opening ceremony, Shaikh Sultan honoured Dr Mohammad Sabir Arab, Egypt’s former minister of culture, as the Cultural Personality of the Year for SIBF 2017.

Dr Arab thanked Shaikh Sultan for the honour and praised his vision of Sharjah as a beacon on knowledge and culture.

He dedicated Wednesday’s commemoration to “the spirits of the martyrs of Egypt who are dying defending their homeland” from armed groups.

Shaikh Sultan also honoured winners of various awards in the publishing industry, organised by SIBF and its official sponsor Etisalat.

On Wednesday, the Sharjah Book Authority (SBA), which organises SIBF, presented the Dh1.3 million Tarjuman (Translation) award — said to be the world’s highest valued translation award — to the Spanish edition of ‘1,001 Nights’.

Ahmad Al Ameri, chairman of SBA, said Sharjah has kept reinforcing its standing as a centre of knowledge year after year.

He also pointed out that Sharjah was awarded the title World Book Capital 2019 by Unesco (United Nations Educational, Scientific and Cultural Organisation) earlier this year.

At the end of the ceremony, Shaikh Sultan signed his four new books launched at SIBF.

The books, titled and written mostly in Arabic, will be discussed by him in an interview with Sharjah TV on Thursday.

The books include poetic sessions with one of his friends; volume two of a historical account of Sharjah launched last SIBF; a collection of Spanish historical documents; and a discourse on a 16th century Portuguese explorer.

SIBF this year is featuring 1.5 million books, 1,650 publishers from 60 countries, and several bestselling authors and celebs.

On the opening day on Wednesday, scores of schoolchildren visited the giant fair, browsing and buying books. On average, around 50,000 to 60,000 people visit the fair everyday, according to SBA.

SIBF is open to all members of the public, free of charge.