Latest Posts
00:20
Home News Foreign Policy the US military is “bubble” and these are the facts 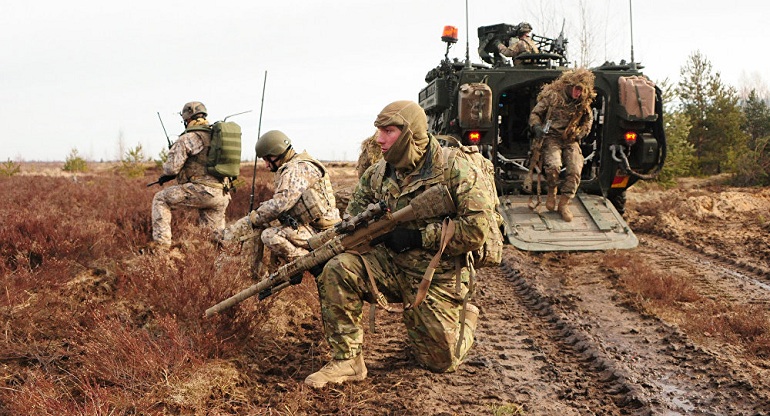 The United States is facing a real problem with a large defense and military budget deficit, so US forces will reach a point where they cannot meet their obligations in the world, Foreign Policy magazine has revealed.

“Today, we are facing a big problem,” said US military analyst Dan Gore. “The US military has only three combat teams equipped and trained to fight battles and operations from 50 existing brigades.” “Half of the fighters and conscripts are assigned to the marines and navy teams, while the rest are poorly financed and many vehicles and vehicles need maintenance,” Gore said.

The United States Marine Journal published today, compared to previous years, when the number of naval vessels dropped from 594 in 1987 to 278 today, but that does not prevent the Navy from working and maintaining the same policy, but all this work falls on the seafarers who They work more than 100 hours a week.

The Defense Policy announced by Trump last March is far from the promises it made during his election campaign, adding that Congress’s approval of the $ 700 billion defense budget in excess of $ 97 billion on Trump’s request is not resolved. the problem. So passing this bill is only a symbolic step, and the money the Pentagon gets is coming from extra funds that are not usually generous given the multiple priorities. Republicans, for example, want to cut taxes, as the bill passed last week will bring $ 1.7 trillion into the treasury, increasing military spending.