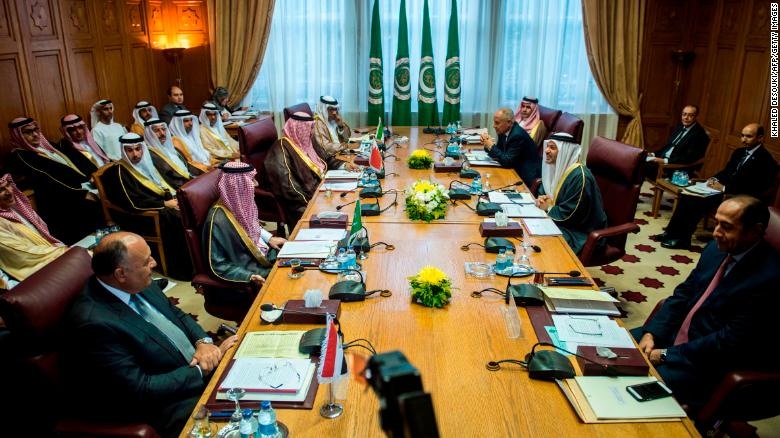 Arab foreign ministers gathered at the League’s headquarters in Cairo Sunday for an emergency meeting called by Saudi Arabia. Lebanon’s foreign minister, Gibran Bassil, did not attend, and the Lebanese representative at the meeting expressed reservations over the final communique.

The Lebanese delegation at the meeting voiced reservations over this reference, head of the Arab League Ahmad Abul Gheit said at a press conference at the end of the meeting in Cairo.

Saudi Arabia subsequently expressed its anger at Hezbollah, which maintains close ties with Iran. Saudi Minister for Gulf Affairs Thamer al-Sabhan has warned the Lebanese they must choose “either peace, or to live within the political fold of Hezbollah.”