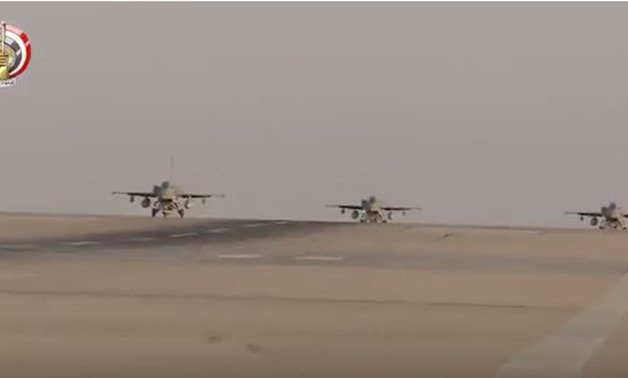 The Armed Forces released a video, in which it broadcasted scenes of the military operation launched against the terrorists behind the October 20 attack, and announcing the termination of the remaining terrorists.

On Tuesday, a retaliation attack conjointly carried out by the police and the armed forces managed to eliminate terrorists embroiled in the Giza-Wahat shoot-out that left 17 officers killed and led to the death of 15 militants, according to the Interior Ministry.

As part of the military operation bucked at terrorists, Mohammed Al-Haies, who was believed to be taken as a hostage at the hand s of militants, was freed and transferred to a military hospital where he is currently receiving the necessary medical treatment.