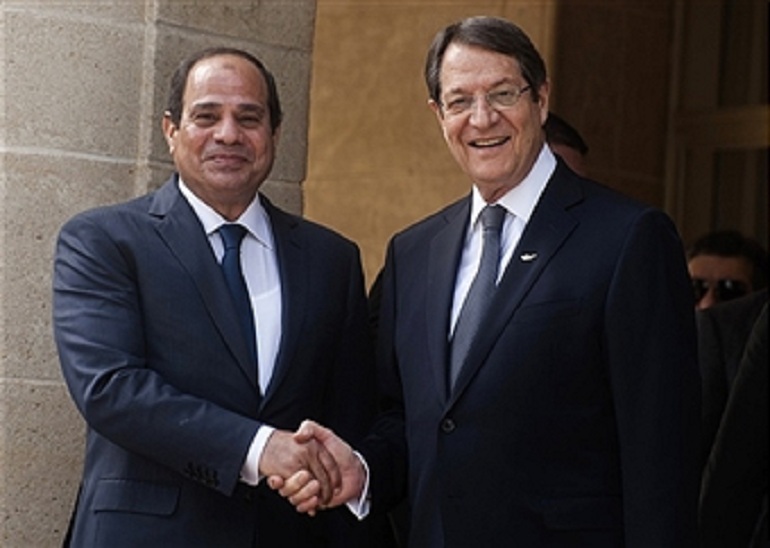 They will discuss ways to enhance cooperation and exchange views on issues of mutual concern. It is scheduled to hold a session of expanded talks involving the delegations of the two countries and the signing of a number of memorandums of understanding.

During his two-day visit, Sisi is expected to hold separate meetings with the Greek Prime Minister Alexis Tsipras.

He is scheduled to participate in the fifth Egyptian-Greek-Cypriot tripartite summit on Tuesday. Several topics are expected to be discussed during the summit, including coordination between the three countries, as well as enhancing the relations in the political, economic, trade, security and tourism fields.

Countering terrorism is expected to be one of the major topics that will be tackled by the three leaders during their meeting on Tuesday in Nicosia, according to an official statement by the presidency.

Sisi is also set to deliver a speech at the Parliament of Cyprus, where he will talk bilateral relations between Egypt and Cyprus. He and his Cypriot counterpart are scheduled to inaugurate the Egyptian-Cypriot Business Forum, which aims to boost the economic and trade relations between both countries, and explore new opportunities for mutual investment in both countries.

As part of the visit’s agenda, Sisi will receive The Order of Makarios III, the highest order of merit awarded by Cyprus.