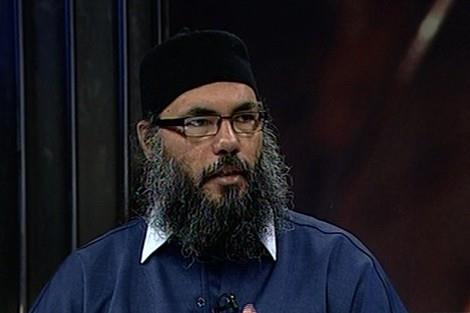 Tony Blair has named an Egyptian Islamist preacher as a key influence among jihadi terrorists, nearly twenty years after he first tried to deport him from the UK.

The report, which has analysed the backgrounds of 113 terrorists, jihadis and Islamist ideologues, claims al-Sibai is “suspected of having been involved in the radicalisation of Mohammed Emwazi, otherwise known as ‘Jihadi John,’ and El Shafee Elsheikh, two of the so-called ‘Beatles’ group of British jihadis in Isil, and of ties to Seifeddine Rezgui, who gunned down tourists on a beach in Tunisia in 2015.”

The Blair report also claims al-Sibai, who currently lives in Hammersmith, west London, “appeared on TV stations including Al Jazeera on the day after the 7/7 bombings, expressing his support for 9/11.”

Al-Sibai has been a thorn in Blair’s side ever since the former Labour leader intervened in 1998 to speed up his deportation to Egypt where he was wanted for alleged terrorism offences, including membership of the Egyptian Islamic Jihad (“EIJ”), an organisation which had mounted a number of high-profile terrorist attacks.

Blair was so vexed by the case he scrawled across a Foreign Office letter warning that he might have to remain in the country: “I don’t believe we shld (sic) be doing this. Speak to me.” Nevertheless, al-Sibai was freed after spending nine months behind bars.

The new report by the Tony Blair Institute for Global Change said its research showed that that al-Sibai was one of six ideologues “connected to a global network of Islamist and jihadi leaders and groups.” The other five are named by Blair as Abu Hamza al-Masri, Abdullah al-Faisal, Abu Qatada al-Filistini, Omar Bakri Mohammad, Anjem Choudary,

When al-Sibai first claimed asylum in the UK in 1994, he told officials he had been tortured in Egypt because he had acted as a lawyer for Islamist groups and was linked to the opposition Muslim Brotherhood.

He was refused asylum on national security grounds, and was jailed in 1998 pending deportation.

A High Court judge later ruled he was unlawfully detained for nine days of this time.

Al-Sibai has denied being linked to terrorism or influencing British jihadis.

Since he arrived in the UK he has been living on benefits and has spent hundreds of thousands of pounds of public money fighting to stay in the UK.

Birnberg Peirce, al-Sibai’s solicitors, said he “totally denied” the suggestion that he had radicalised Mohammed Emwasi.

It said: “To the best of his knowledge, he never met him, and does not understand how this suggestion can ever have arisen. Mr al-Sibai has already set out in detail his reasons for considering that the actions of Emwasi and Islamic State are not consistent with Islamic teaching. “Mr al-Sibai also denies radicalising El Shafee Elsheikh, just as he denies any connection to Seifeddine Rezgui.

Birnberg Peirce added: “Mr al-Sibai has for some considerable time been on record through repeated public statements, as condemning Islamic state and their actions. He asks we repeat his condemnation of the killing of innocent people wherever this occurs in the world.”