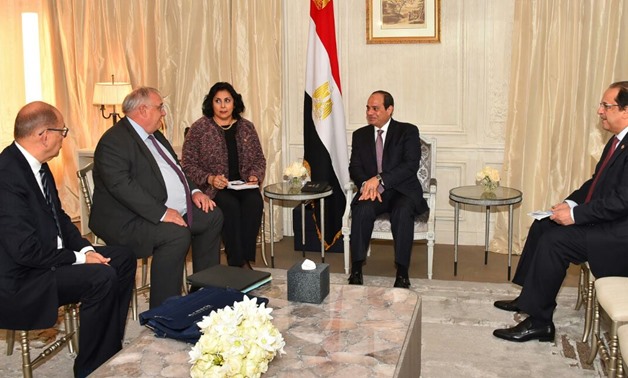 The meeting comes as part of President Sisi’s busy agenda Tuesday, which includes the official reception and meetings with high level French officials, atop of which is his French counterpart Emmanuel Macron.

The official reception of President Sisi at the Elysee Palace will take place, and will be followed by bilateral talks between him and Macron.
Both leaders are set to witness the signing of 17 cooperation agreements between both countries.

French President Macron will hold a luncheon in honor of President Sisi and his entourage.

President Abdel Fatah al-Sisi has received a red-carpet reception when he arrived in Paris on Monday.

During his official four-day visit to France, Sisi will discuss bilateral cooperation and regional and international of mutual concerns.