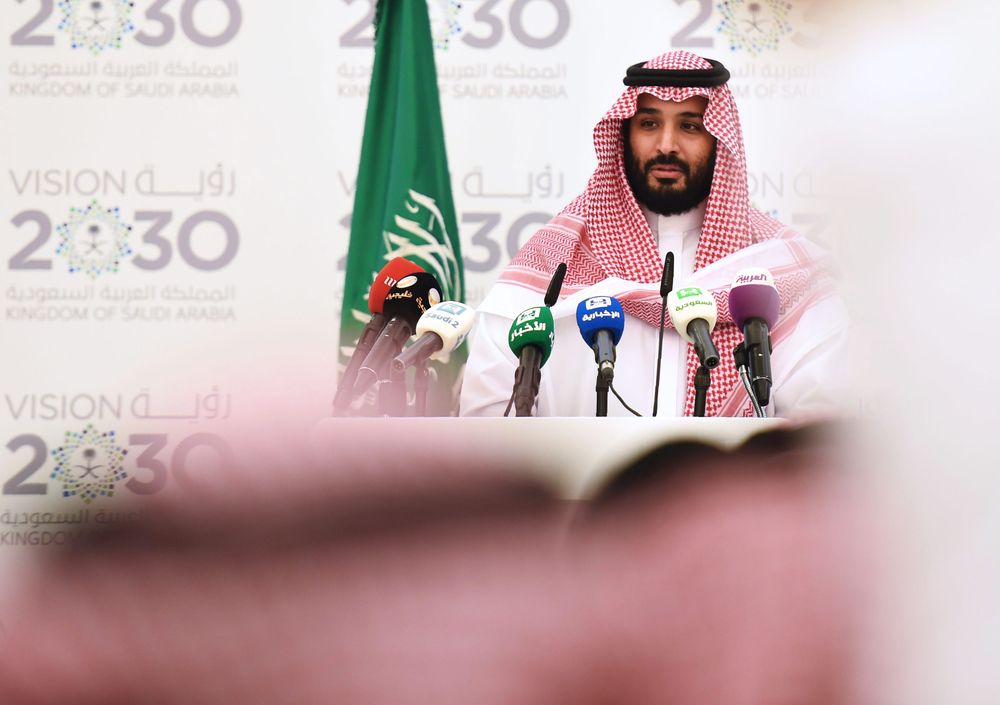 Saudi will not allow another Hezbollah in Yemen: Crown Prince

The war in Yemen is about preventing Houthi rebels from turning into another Hezbollah on Saudi Arabia’s southern border, Crown Prince Mohammed bin Salman said.“We’re pursuing until we can be sure that nothing will happen there like Hezbollah again, because Yemen is more dangerous than Lebanon,” he told Reuters.

Saudi Arabia made global headlines this week as a conference hosted by the Public Investment Fund (PIF) served as a backdrop to key announcements that have defined a new social and economic course for the country.

The crown prince said the Kingdom’s dispute with neighboring Qatar has not affected investment, adding: “Qatar is a very, very, very small issue.”Earlier this week, he pledged to return the Kingdom to a moderate past. Meanwhile, new projects such as the $500 billion Neom zone, announced at the Future Investment Initiative, look to a technology-driven future.

The futuristic theme continued on the second day of the conference when the audience was stunned by the appearance of a robot and her witty banter on stage.Sophia became an overnight social media sensation, giving a “Bladerunner”-inspired face to the Kingdom’s decision to invest in artificial intelligence and other technologies.

Former French President Nicolas Sarkozy picked up on the crown prince’s comments about extremism when he addressed the conference.Speaking on the final day of the event in Riyadh, Sarkozy praised the crown prince for his fight against extremism.

More than 4,000 delegates from around the world visited Saudi Arabia for the keenly awaited gathering that some had dubbed “Davos in the Desert.”

The 32-year-old royal said Aramco will IPO in 2018, most likely in the second half. “We are on the right track,” he said, repeating the same formula Saudi officials have been using for weeks to counter talk of a potential delay.

“We don’t have any problems, we have a lot of work and a lot of decisions and there are a lot of things that will be announced,” he added. The Aramco IPO is the cornerstone of Vision 2030, a much wider plan conceived to reshape the Saudi economy and diminish its dependence on oil.

Tadawul, Saudi Arabia’s stock exchange, hopes to be the sole venue for the Aramco listing, Chief Executive Officer Khalid Al Hussan said at a conference in Riyadh on Thursday. The company is still considering locations for the listing, with London and New York vying for a major role alongside Hong Kong, Singapore, Tokyo and Toronto.

Prince Mohammed said that extending the cuts would bring benefits for both OPEC and non-OPEC producers. “Everyone is benefiting,” he said. “It’s the first time we have an OPEC and non-OPEC deal in stabilizing the oil market,” he added, speaking as the country welcomed a who’s who of global finance in a meeting in Riyadh many participants dubbed “Davos in the Desert.”

Putin said earlier this month in Moscow that if OPEC and its allies decided to extend the cuts, they should do it until the end of next year. OPEC Secretary-General Mohammad Barkindo said last week that statement is the basis for talks ahead of next month’s meeting, led by Russian Energy Minister Alexander Novak and his Saudi counterpart Khalid Al-Falih.

“Every day, everyone is starting to believe it more,” Prince Mohammed said in Riyadh, declining to give a timeline of the extension. “They have seen the results. So everyone has the interest to continue keeping the agreement.”

OPEC and a coalition of non-OPEC nations, led by Russia, agreed a year ago to reduce production by 1.8 million barrels a day — roughly equal to the consumption of France. The deal, personally negotiated by Prince Mohammed and President Putin, was the first Saudi-Russia collaboration in oil in a decade, marking a turn in the frosty relationship between the two nations.

The 24 oil-producing nations that participated in the cuts initially intended to reduce output for six months starting in January, but the supply glut that has weighed on prices since late 2014 has ebbed more slowly than expected. As a result, the group agreed to roll over the cuts in June for another nine months, until the end of March 2018.

While oil prices have risen, with international benchmark Brent near $60 a barrel as the physical market has improved, traders and analysts are still painting a cautious outlook for next year due to forecasts for rising output from the U.S., Brazil and Kazakhstan.

Yet, Prince Mohammed gave a rosier view of the oil market, suggesting he believes higher prices are coming. “The market has already swallowed the new supply of the shale oil,” he said. “It’s swallowed. Now it’s part of supply. Now we are going into a new era.”