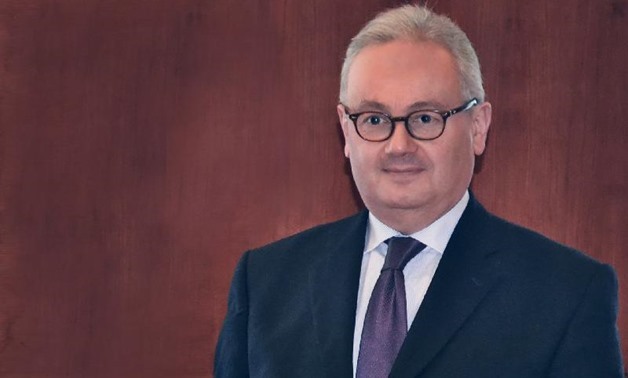 Ambassador of Italy in Cairo, Giampaolo Cantini, and the Minister for International Cooperation and Investments, Sahar Nasr, discussed the main aspects of common interest in the field of development cooperation and investments during a meeting on Sunday.

In line with all his previous meetings with Egyptian Authorities, Ambassador Cantini firstly underlined the Italian expectation that the resumption of diplomatic relations at Ambassadorial level will favour constant and progressive developments in the ongoing judicial cooperation for shedding light over the brutal killing of Giulio Regeni.

In particular, Ambassador Cantini and Minister Nasr convened about the very good level of bilateral cooperation in the field of aid and discussed how to develop it even further. In this sense, they examined the Italian support for a “school feeding” project worth 2 million Euros. The meeting gave also the chance to propose new initiatives in favour of civil society. In this framework, a special focus was dedicated to the by-laws of the new Egyptian NGO Law.

In 2018, the Italian effort towards Egypt will amount to 35 million Euros, whose 20 million on soft loan and 15 million on grants. For the Agenzia Italiana per la Cooperazione allo Sviluppo (AICS), it is one of the major contributions on a global scale. These initiatives are aimed at maintaining the Italian support for the Egyptian private and agricultural sectors, SMEs included, already provided in the last few years.

At the same time, new areas will be involved, such as agroindustry and demography, and new recipients will be benefited, namely disabled persons and young generations in the framework of anti-illegal immigration.

In the field of investments, the meeting between Ambassador Cantini and Minister Nasr was dedicated to the new Investment Law – specifically the final regulations to put it into force – and the contribution that Italian companies can give. In this framework, the Italian side raised specific initiatives in which some Italian companies are involved.