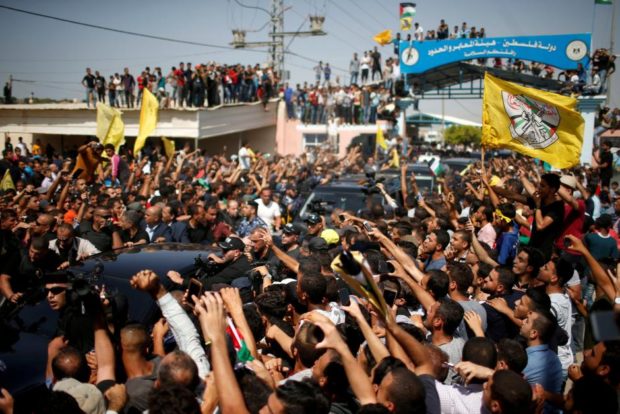 The round of negotiations complementing the Palestinian reconciliation continued for the second day in a row in Cairo, witnessing a preliminary agreement over Hamas’ weapons.

Fatah Member Abbas Zaki said that disarming Hamas or any other faction was out of the question for the Palestinian Authority.

He said, in press statements, “We believe that the weapons are needed and the resistance is a duty, but we are seeking an agreement over the need for a collective national decision as the basis for the use of those weapons.”

Zaki stressed that in the face of “an Israeli enemy arming the settlers, we do not ask Hamas or the Jihad or other factions to disarm. Everyone must know that we have not dropped the decision of the armed struggle, but it should be based on national consensus.”

Farra said that the Palestinian reconciliation was not aimed at disarming Hamas, but “the decision of the resistance should go back to the Palestinian Authority, based on a collective agreement.”

Sources in Fatah said that the movement had agreed to exempt Hamas from recognizing Israel.

“We do not work with Israel; its government and its majority party must recognize Palestine first. Hamas and others are not required to take the step of recognizing the occupier. We must demand that the world withdraw its recognition of Israel, based on UN Resolution 181 pertaining to the partition of Palestine,” Zaki said.

Speaking on Tuesday, Israeli Prime Minister Benjamin Netanyahu set three conditions for dealing with the new Palestinian government that would be formed following the Cairo negotiations.

Those include, according to Netanyahu, recognizing Israel as a Jewish State, dismantling Hamas’ military apparatus and cutting ties with Iran.