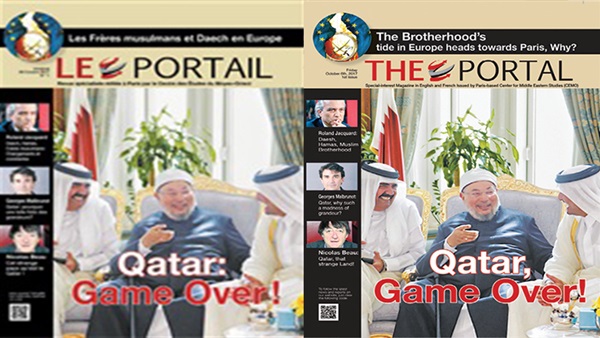 The 1st international issue of ‘Al Bawaba’ newspaper (The Portal)

Cairo – In full swing, the first French issue of “The Portal” is being printed by a printing press in the French capital “Paris”, while
the English counterpart will be issued from New York. Tomorrow will mark the birth of an international issue of “The Portal”, targeting the Western reader. This is a special celebration by “Al-Bawaba” Institution of the 44th anniversary of historical October 1973 victory.

“Al Bawaba” is keen on pursuing its role in revealing facts. It decided to convey the battle to Europe to warn the reader there against the dangers of the Brotherhood’s existence in the old continent, as well as revealing the “dirty” part “Qatar” has in this battle.

As well, it is the aim of “Al Bawaba” to provide the Western reader with the true image of Egypt and its soft power in cinema, arts and culture in general. The issue also includes various materials that cover vast areas that concern readers.