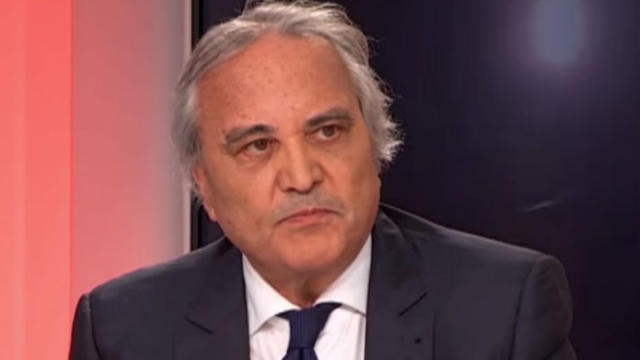 In this weekly view, exclusively for Al Bawabah, the prominent expert in terrorism issues, Roland Jacquard, will analyze the latest security news in Western or Arab worlds

How do you analyze the shift in terrorist methods adopted by ISIS towards using vehicles and stabbing in attacks?

The developed forms of terrorist threats that emerged in Europe, particularly since the Promenade des Anglais “Walkway of the English” attack in Nice City on 14 July 2016, indicate drastic changes in organizational and ideological structures of Salafi Jihadist terrorism.

At the organizational level, there is a trend towards operations with minimalist character, using primitive means (stabbing attacks / vehicle attacks into crowds, etc.) through very limited terrorist networks (one or two perpetrators as maximum and less than ten persons only as logistic supply).

Originally, resorting to this type of “low cost” terrorism was not an ideological or strategic choice. This was a pragmatic and opportunistic approach applied by ISIS for two motivations: on the one hand, because this type of minimalist operation did not require complex and highly trained terrorist networks, for which ISIS was not prepared, because it was not available and is not yet available on the “external arms” grown in the West for many years, as with the case of “Al Qaeda” or the “Muslim Brotherhood”, for example. On the other hand, primitive nature of the means used in such operations allows ISIS to manipulate the difficulties of obtaining attack tools with military nature (explosives / heavy weapons, …., etc.) because of the increased security pursuits and increasing strict anti-terrorism legislation in most of the Western world.

These are ideological transformations brought about by organizational, tactical opportunism and pragmatic transformations that prompted ISIS to adopt the low-cost method of terrorism that led to a significant development in the ideological dogma of Salafist Jihadism. A proof of this is that ISIS is currently no longer interested in issuing fatwas that justify its operations or prove the permissibility of such operations from the point of view of Shariah.

ISIS was blinded by lust for “revenge” from the West and obsession with being actually a terrorist organization, which gradually freed it from any Shariah restrictions that might restrict its operations. For this reason, the operations carried out by the “Jund’l Khilafah” currently in the West are now closer to “blind terrorism”, which is chaotic and hostile, towards “Restrictions of Jihad”, which were strictly adhered to by former Islamist groups, even the most extreme Islamist groups such as “Al Jihad”, “The Islamic Group” in Egypt, “the Armed Islamic Group” and “the Salafist Group for Preaching and Combat” in Algeria or even “Al-Qaeda” which is very keen to adhere strictly to its jurisprudential rules and doctrinal concepts.

Should other new forms of terrorist operations be expected in the near future?

Although “low cost” terrorism is currently predominant, this does not mean that it is likely to remain the only method adopted by the “new jihad” networks, whether linked to ISIS or emerging ones in the near future, to replace this organization (i.e. ISIS), which entered the stage of demise.

In absence of the alternative, resorting to vehicle attacks and stabbing attacks will undoubtedly continue for long months to come. However, once the new Jihadist networks reach more military means of attack, they will not hesitate to use them to carry out their operations. There are significant indications that ISIS has already begun to aspire to conduct more military operations in the West: during the Barcelona attack in last 17th August, and then in bombing the London Underground on September 15. Bombings reappeared for the first time since the start of ISIS wave of attacks in Europe.

In the first incident, the expert who was manufacturing the bomb caused an accidental explosion in which he and several members of his network were hiding in a hideout in Alcanar town less than 24 hours before the Barcelona attack. In the second incident, in London, the bomb was planted in one of the subway booths and exploded only partially.

These two examples show that ISIS networks in Europe have not yet acquired the technical expertise to carry out major attacks, using sophisticatedly designed explosives. However, this does not prevent it from seriously aspiring to do so.
In addition, the new threats launched by ISIS in mid-September, in which the “Jund’l Khilafah” in the West incited the attack on “infidels” by all means possible, pointing to the possibility of resorting to toxins to pollute potable water.

We must not, therefore, rule out the emergence of new and unexpected forms of terrorist attacks in the coming months, especially since the increasing losses incurred by ISIS on the ground in its areas of influence in Iraq and Syria will increase this organization’s lust for avenging the West.