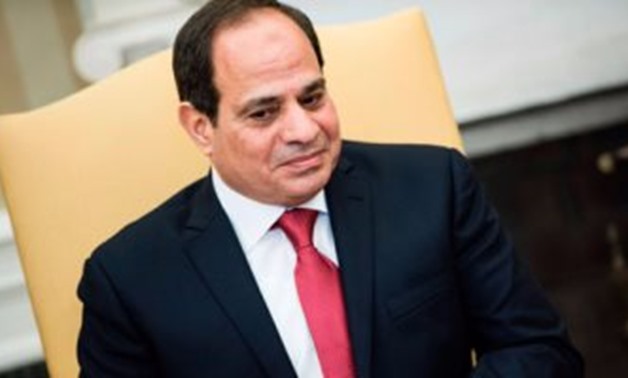 El-Sisi: Egyptian-French ties boosted over past 3 years at all levels

Visiting Egyptian President Abdel Fatah El-Sisi stressed that the Egyptian-French ties witnessed a boost over the past three years at the political, military and economic levels.

In an interview with the French newspaper Le Figaro, Sisi described France “as a key and prominent partner to Egypt.”

The president said Egypt has eased rules regulating work of French companies in Egypt due to their considerable experience.

Sisi expected that Cairo-Paris cooperation would unprecedentedly be given momentum in the coming period.

President Sisi underlined the importance of pooling efforts up to rectify erroneous interpretations of religious teachings which are manipulated to justify for violence and terrorism.

Sisi asserted that renewing religious discourse is a prerequisite for disseminating the upright teachings of Islam which call for forgiveness, highlighting the role of al Azhar in this regard.

Asked about the Arab Spring revolutions in Egypt, the president wondered if there is any spring, especially with regard to Yemen, Syria and Iraq.

He said the Egyptians staged two revolutions in two years and toppled two presidents, therefore people’s will is a power that should not be underestimated.

He added that the Egyptians are ready to offer more sacrifices to protect their nation and identity.

President Sisi said that 30 million Egyptians took to street in 2013 to call for the resignation of ex-president Mohamed Morsi.

He said the state has old and strong institutions capable of absorbing the impact of revolutions which represent people’s will.

He said the army has a sole goal which is protecting people and the nation away from any clannish considerations.

The president cautioned of the ideology of the terrorist Muslim Brotherhood group and those who adopted it to assume power.

He said all terrorist groups whatever their titles are; Hasm, Qaeda, Daesh or Boko Haram, adopt the same ideology aiming at destroying the whole world not only Arab states.