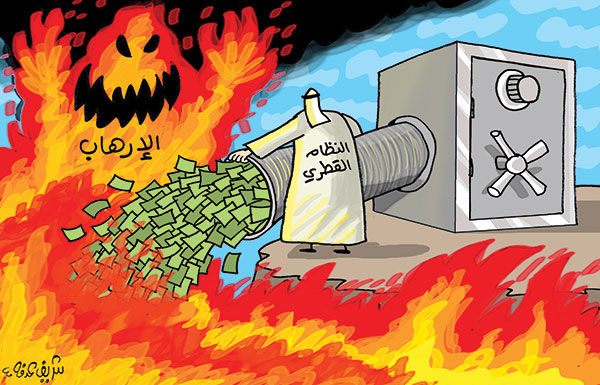 Former leading member of Egypt’s Jamma Islamiyya Abdel-Rahman Saker said that the Islamist group receives huge amounts of money from Qatar, saying that the Qatari regime was keen to support the extremist activities adopted by group during the latest years.

Saker revealed that a Qatari high-profile official visited Jamma Islamiyya’s headquarters in Upper Egypt’s governorate of Minya and pledged to provide the group with financial support on monthly basis provided that the group does not clash with the Brotherhood.

He added that the group accepted the Qatari offer and met with a Qatari businessperson to receive the financial support and used it to finance its large medical convoy.