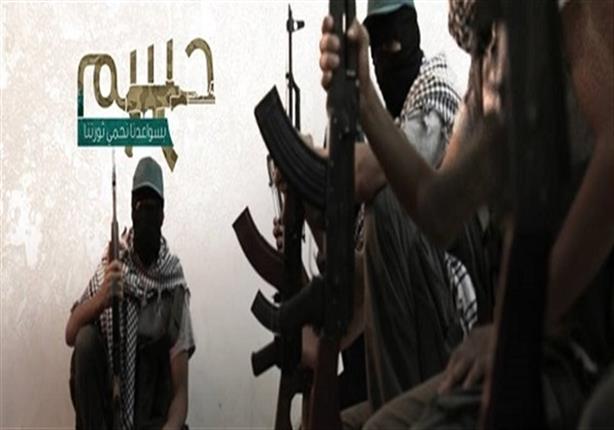 'Hasm will die like all other militant groups. Terrorists can never defeat a state,' Khaled Okasha, a retired brigadier-general and Egyptian security expert

Egypt announced the death of three members of mili­tant Islamist group Hasm following a shoot-out in a southern Cairo cemetery in early October. However, few se­curity analysts said the operation was cause for celebration, given the shadowy Islamist group’s abil­ity to resume its attacks.

“Despite active work on the part of security agencies, this group has managed to persevere,” said Nabil Naeem, a former militant leader who subsequently renounced vio­lence. “Hasm organises itself in clusters, which is why security agencies find it difficult to get hold of its members.”

The October 2 operation against Hasm was soon after the militant group, which is believed to be tied to the outlawed Muslim Brother­hood, claimed responsibility for an explosion at Myanmar’s embassy in Cairo, saying it was in retaliation for that country’s crackdown on Rohingya Muslims.

“This bombing serves as a warn­ing to the embassy of murderers, killers of women and children in the Muslim Rakhine State and in solidarity with the sons of this weakened Muslim population,” a Hasm statement said.

Hasm had focused on domes­tic targets, specifically attacks on Egyptian security officers and public figures deemed to have col­laborated in what Hasm and the Muslim Brotherhood portray as a coup against former President Mu­hammad Morsi. However, security analysts worry that Hasm could be updating its modus operandi.

The group posted photographs showing that it had studied the area around the embassy before the bombing, implying it could have carried out a more powerful attack. It also released a map of other diplomatic facilities near the Myanmar embassy, including the embassies of China, India, Greece and the Vatican, perhaps indicating it could attack other foreign diplo­matic targets in the future.

“[We have used] utmost caution to ensure that there were no civil­ian casualties or innocent people [hurt] during the operation or else you would have seen a burning hell you could not have stopped,” the Hasm statement said.

In a yearly review of its activities published in late September, Hasm claimed to have killed 27 police­men and wounded 56 others from July 2016-July 2017. While Egyp­tian security forces have sought to target and eliminate the shad­owy militant group, their priority remains the Islamic State (ISIS), a strategy Hasm has exploited.

“These conditions make it easy for Hasm to operate, even with­out being at the centre of security agencies’ attention at a time these agencies have other more danger­ous groups to fight or threats to ad­dress,” said Saad al-Zunt, head of the Political and Strategic Studies Centre, an Egyptian think-tank.

“Hasm recruits people with no criminal or terrorist records. This helps to keep them off the radar of security agencies both before and after carrying out their operations.”

In addition to targeting soldiers and police officers, Hasm has also gone after senior public figures. In August 2016, former Mufti Ali Gomaa, a staunch backer of Egyp­tian President Abdel Fattah al-Sisi, narrowly escaped a Hasm assas­sination attempt when two men on a motorcycle fired at him as he entered a mosque. One month lat­er, Egyptian Assistant Prosecutor- General Zakaria Abdel Aziz was un­harmed in an attack in which a car bomb exploded as his motorcade passed.

Cairo was thought to have struck a major blow against Hasm follow­ing the arrest of Magdi Shalash, a senior Hasm member, in Sep­tember 2016. Shalash reportedly provided Egyptians security with intelligence about the group’s op­erations, leading to several arrests.

In October 2016, Egyptian secu­rity officers claimed another blow against the group when senior Mus­lim Brotherhood figure Mohamed Kamal, believed to be Hasm’s main financier, was killed.

Hasm appears to have weathered the storm, however, demonstrat­ing an ability to endure and adapt while the sources of Hasm’s fund­ing puzzle security forces.

“They succeeded in deceiving policemen on many occasions,” Okasha said, “but this should not in any way make us lose confidence in the police. Hasm will die like all other militant groups. Terrorists can never defeat a state.”