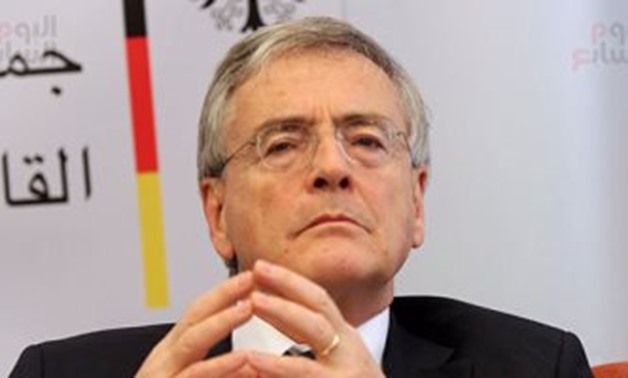 German Ambassador to Egypt Julius Georg Luy said on Monday that Egypt is safe and secure, encouraging tourists to visit Egypt and indicating that Germany comes first in the number of tourists, estimated at 615,000.

This came during the press conference held at Menufia University as a part of the “Germany Festival in the Nile Delta”, organized by the German embassy in Cairo and several German organizations, from October 29 to November 2.

The ambassador asserted that Egypt and its military forces exert great efforts in confronting the terrorism threatening the entire region, adding that there are many countries confronting terrorism, such as Germany, France and England.

For his part, Menoufia Governor Hisham Abdel Basset received the ambassador and his delegation at his office and discussed several matters, including enhancing the bilateral relations between the two countries.

In addition to the German embassy, several German institutions are taking part in the event, including Friedrich-Ebert-Stiftung, the Goethe Institute in Cairo and Alexandria, the German Academic Exchange Service (DAAD), the German Archaeological Institute (DAI), the German-Arab Chamber of Industry and Commerce, the German Association for International Cooperation (GIZ), and KfW Development Bank, in addition to German schools and the German University in Cairo.

With the Germany Festival in the Nile Delta, the participating organizations aim to present themselves outside Cairo, enabling citizens to obtain information about Germany and the activities of German organizations in Egypt.