PARIS – An exclusive meeting will be held this evening, Oct. 17 at 07:00 pm, Paris and Cairo local timing, with Dr. Abdelrahim Ali, CEO and Editor-in-Chief of “Al-Bawaba Newspaper and Portal” and President of Center for Middle Eastern Studies (CEMO) in Paris.

The meeting has to do with Dr. Ali’s book,“The Perils of Muslim Brotherhood’s Infiltration into Europe and Expansions of its Global Order,” which has recently published by the French Publishing House ‘L’Harmattan’.

The meeting, which is to be held in ‘Espace L’Harmattan’ hall in the fifth neighborhood in Paris, will be followed by a signing ceremony by the author.

The book will presented and dedicated to the western readership from 7 pm to 9 Pm with attendance of great scholars, former diplomat and decision-makers, friends, family and the press. The author will be presenting himself the content of the book to the audience.

The attendees of the seminar will include an elite of French thinkers, journalists and politicians, on top of whom come ‘Ronald Dumas’, former French Minister of Foreign Affairs, ‘François Asselineau’, former French presidential hopeful and French writer ‘Christian Chesnot’. 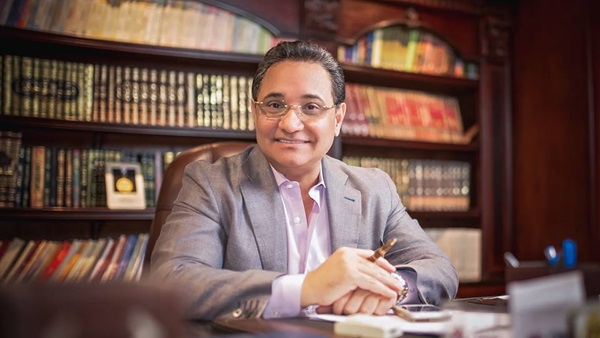 Ali is a prolific author; thus far, he has authored 20 books on the subjects of political Islam and Islamist movements. Here is a list of Ali’s important publications.