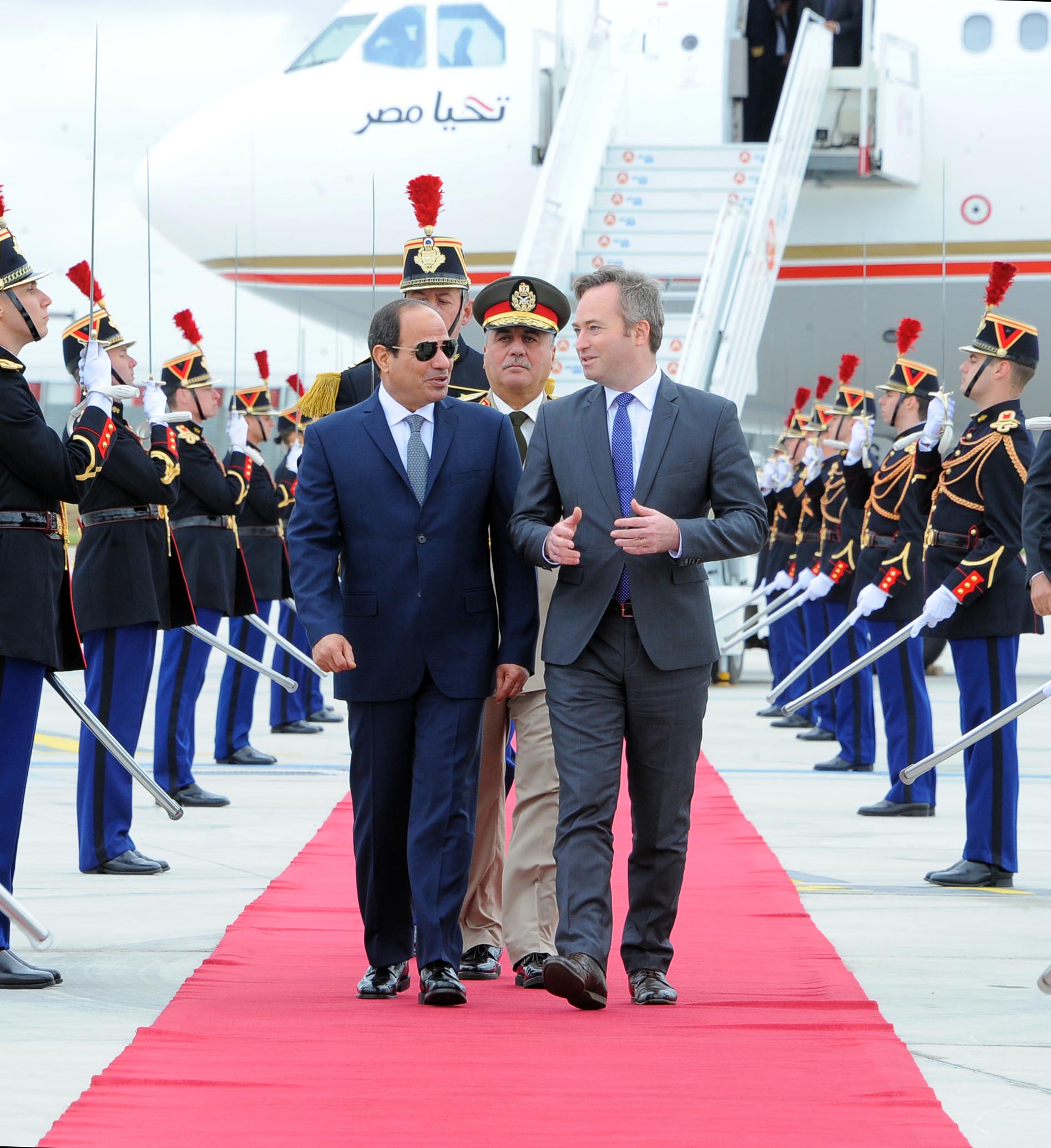 French Ambassador to Cairo Stefan Roumtier said that Egypt’s President Abdel Fattah Al-Sisi is scheduled to discuss a large number of issues during his visit to Paris with French President Manuel Macron, including the future of Middle East after the separation of Kurdistan and latest developments in the Palestinian reconciliation and Libyan issue.

Roumtier added that the visit will witness the signing of a number of agreements to improve economic relations between the two countries during the coming period, saying that the two countries have their strong relation on the military side.

He stressed, “This visit provides a great opportunity to strengthen relations between the two countries and to confirm the depth of friendship between the young president Emmanuel Makron and his Egyptian counterpart Al-Sisi.”