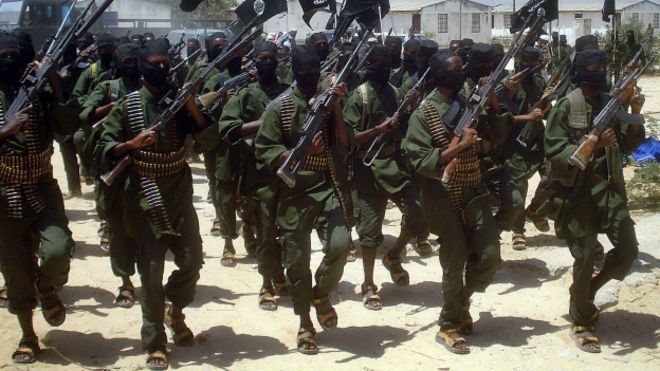 Washington – Maalik Alim Jones, 32, a U.S. citizen who resided in Maryland until 2011, pleaded guilty to conspiring to provide material support to al Shabaab, a designated foreign terrorist organization based in Somalia, conspiring to receive military training from al Shabaab, and carrying and using an AK-47 machine gun, rocket-propelled grenades and other weapons in furtherance of his support for al Shabaab.

“Jones pleaded guilty to conspiring to provide material support to al Shabaab, by traveling abroad to join and fight on behalf of the foreign terrorist organization for four years,” said Acting Assistant Attorney General Boente.  “I want to thank the many prosecutors, agents, and analysts who made this result possible.”

“As he admitted in court today, Maalik Jones traveled to Somalia, was trained by al Shabaab in the use of an AK-47 and rocket-propelled grenades and took up arms for four years as a terrorist fighter,” said Acting U.S. Attorney Kim  “For his allegiance to this lawless, terrorist organization that vows to destroy America and its values, Maalik Jones been held to account in an American court of law.  All that is left is for him to be sentenced for his crimes.”

According to the Complaint, the Indictment, the Superseding Information, and statements made in court proceedings, including today’s guilty plea:

In 2011, Jones traveled via commercial aircraft from New York to Kenya, with stopovers in Morocco and the United Arab Emirates. After arriving in Kenya, Jones traveled by land from Kenya to Somalia where he trained, worked and fought with al Shabaab in Somalia. Among other things, Jones received military training at an al Shabaab training camp, where he learned to operate an AK-47 assault rifle and rocket-propelled grenades. Jones also became a member of al Shabaab’s specialized fighting force, Jaysh Ayman, and participated in combat against soldiers of the Kenyan government on behalf of al Shabaab.

In particular, after joining Jaysh Ayman, Jones and his Jaysh Ayman unit participated in a battle in Afmadow, Somalia, against Kenyan government soldiers.  Jones, armed with an AK-47 rifle, engaged in the fighting until he was injured by a missile and then hospitalized.  After his release from the hospital, Jones returned to his service with al Shabaab and, in particular, Jaysh Ayman.