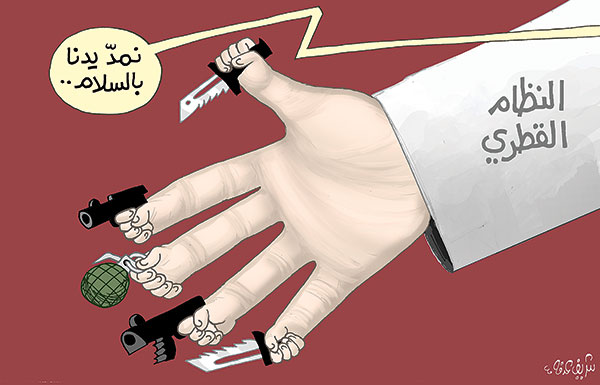 Riyadh – Qatar has revoked the citizenship of 55 Qataris in what Saudi Arabia has called a violation of civil rights and an inhumane act by Doha.

The head of the Qatari branch of Al Marrah tribe, Sheikh Taleb bin Lahem bin Shraim, said Doha had stripped him of his citizenship along with 54 of his relatives, and forced them to flee to Saudi Arabia.

He blamed the former emir of Qatar, who many think is still in control of the country despite abdicating the throne in 2013.

“Hamad bin Khalifa has no right, nor do I owe him anything to be paid in regard to my nationality, I was granted my citizenship from Sheikh Ali bin Abdullah,” he said, referring to the ruler of Qatar before independence in 1960.

“The reason it got revoked was because we refused to insult the Kingdom of Saudi Arabia,” he said on a video recorded on his phone.

Saudi Arabia’s National Society for Human Rights, NSHR, has called the move a violation of the 55 former Qatari citizens’ civil rights and added that among those affected are 18 children and many women.