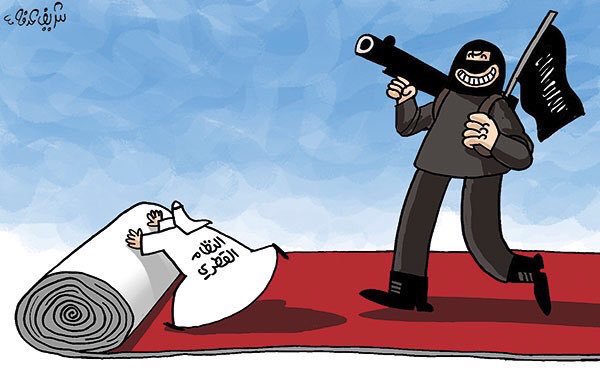 Cairo – Egyptian Foreign Minister Sameh Shoukry said that Qatar has to stop funding terrorism and interfering in the internal affairs of other Arab countries, if it hopes for a compromise.

During a meeting with his Norwegian counterpart, Borge Brende, Shoukry said that the 13 demands and the 6 principles previously issued to Qatar are fair, legal and outlined by countries that have been variously harmed for years by Qatar’s behavior, a statement by Spokesperson of the Ministry of Foreign Affairs Ahmed Abu Zeid reads.

On June 5, Egypt, Saudi Arabia, the United Arab Emirates and Bahrain cut diplomatic ties with Qatar, accusing it of funding terrorism. A list of 13 demands was handed to Doha’s government by the quartet, which includes the closing of Al Jazeera and the suspension of its relationship with Iran.