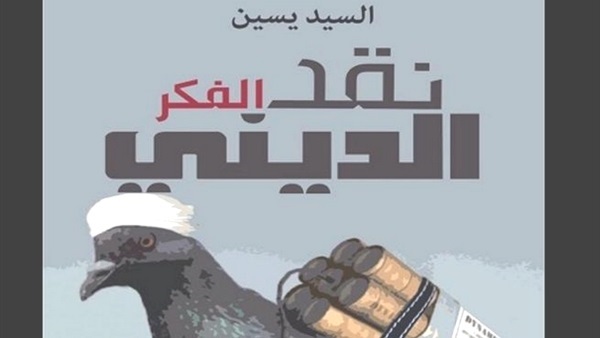 Ever since September 11th, 2001, the phenomenon of terrorism has been the main focus of analysts, politicians and security experts as it has been affecting all nationalities and all countries.
In his book ‘Criticism of Religious Thinking’ published by Dar El Ain, Dr. Sayed Yassin presents a cultural analysis that dissects terrorist behavior.  According to Yassin, all world countries need to unite and adopt a comprehensive, scientific approach that is aware of the economic, social and cultural nature of terrorism in order to combat it.  Sayed Yassin says, “Terrorism is a global phenomenon affecting all countries.  We cannot understand terrorism without understanding the major global developments that have taken place in the world, most notably globalization with all its negative effects on the economies and societies of the third world. In addition to globalization, authoritarian political systems that oppress the masses are responsible, one way or another, for they have stopped the process of democratic dialogue.”

Yassin continues to explain the crisis in the Arab world by saying that it is impossible to separate between the spread of terrorism in the Arab and Islamic world and the crisis of the Arab mind. It is possible to distinguish here between two main types: the traditional mind and the modern one.  The traditional discourse sweeping across Arab society is being adopted by a lot of intellectuals.  Naturally, this traditional discourse is engaged in a fierce and constant battle with the modern discourse adopted by intellectuals in all fields. The main characteristic of traditional discourse is that it clings to the past and this past varies according to the narrator of the story.
Yassin believes that the real crisis of traditional discourse is that it escapes reality.  It does not recognize global changes; it tries to undermine them or calls for confronting them without knowing the laws that govern these changes because the traditional mind has a narrow view of the world. According to Yassin, this narrow view is the beginning of understanding the true reasons of terrorism.
Moreover, Yassin denied that poverty or political oppression alone cause terrorism because a lot of terrorists, like Usama Bin Laden, come from rich families.  This proved to be true after the appearance of Isis in Iraq and Syria as people of all social and economic backgrounds chose to join it.
In conclusion, Yassin assured that the traditional mind paves the way to a terrorist mind that drives a person to commit atrocious actions in the name of God.  For us to confront traditional thinking, we must go back to the basics of our religion, the moderate teachings that stress on kindness and frowns upon rigidity and radicalism.
Share 0
Tweet 0
Share 0
Share 0
Share 0