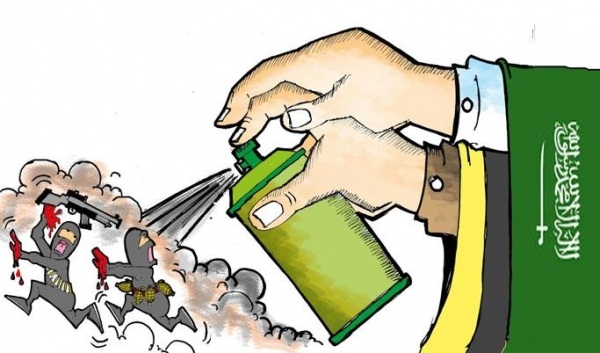 Riyadh – A Saudi crackdown on prominent citizens who had been critical of the government targeted people who “were pushing an extremist agenda” and took funding from foreign countries, according to Foreign Minister Adel Al-Jubeir.

Saudi Arabia this month arrested a group of clerics, academics and businessmen – many who’d criticized the government or its policies in the past – amid growing speculation that King Salman will abdicate in favour of his powerful son.

Some of those detained had ties to the brand of political Islam that Saudi rulers have long opposed.

“When we expect others to have zero tolerance for extremism and terrorism and incitement, we ourselves will live by this,” Al-Jubeir said in an interview with Bloomberg Television in New York. “The individuals who were detained were pushing an extremist agenda. They were inciting people, and this was not going to stand.”

Among those detained by authorities were clerics Salman Al-Oudah and Awad al-Qarni – both independent of the official religious establishment – as well as poet Ziad bin Nahit, academic Mustafa Al Hassan and businessman Essam Al Zamil, according to Twitter posts and interviews with relatives and friends.

Bloomberg was unable to independently verify their detention and the government’s Center for International Communication has not responded to requests for comment.

“We found that a number of them were working with foreign countries and receiving funding from foreign countries in order to destabilize Saudi Arabia,” Al-Jubeir said, without naming the detained. “When the investigations are concluded we will release the information.”

Al-Jubeir maintained the kingdom’s tough stance on Qatar, its neighbour to the east. The country is engaged in an extended feud with Saudi Arabia, the United Arab Emirates, Bahrain and Egypt that shows little sign of abating.

“Iran is a country that’s on a rampage. It’s the number one state sponsor of terrorism,” he said. “Iran is a huge threat to all of us in the region and unless it changes its policy our region will always be troubled.”

Asked about the kingdom’s commitment to Saudi Vision 2030, a blueprint announced last year to diversify the economy away from oil, Al-Jubeir said the government has taken tangible steps toward implementing the plan.

“We had no entertainment – now we have music concerts, we have theater, we’re building an opera,” he said. “We changed our laws where we now give companies direct licensing to have retail operations in Saudi Arabia. We have diversified the investment portfolio of our Public Investment Fund, which is our sovereign wealth fund, so we invest more outside Saudi Arabia.”

“These are things that are noticeable,” he said.