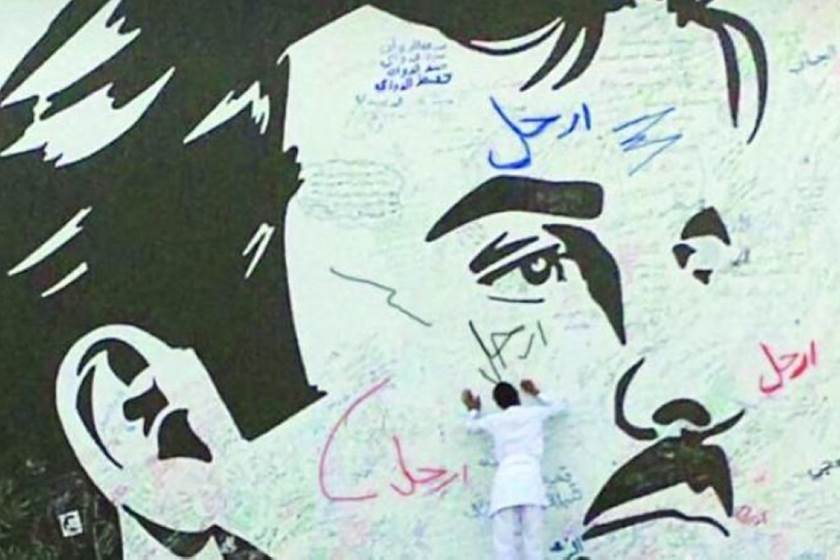 It’s been more than three months since Saudi Arabia, Bahrain, Egypt and the UAE boycotted Doha over its relentless 20-year long hostile policies against them. The time has come to increase pressure against Qatar at the international level.

Doha has done its best to hide its heavy handed excesses and executes them in secret. It interferes in internal affairs of other countries and sows seeds of terrorism and destruction. When its brothers asked it to stop indulging in seditious activities against them, it adopted an intransigent attitude and threw itself openly in the camp of Iran, the regional enemy of the Gulf and their people.

In spite of all the crimes Iran has perpetrated against Arab and Gulf countries, Qatar’s envoy had the impudence to call Iran an honourable country. This so-called honor which Qatar attributes to Iran is stained with the blood of Arabs in Lebanon, Syria, Iraq and Yemen. It is also stained with the blood of the people in Bahrain, Saudi Arabia and Kuwait where Iran did not hesitate to plant its intelligence and terrorism cells.

Qatar has spent hundreds of millions of dollars to influence western media outlets in the US and Europe to spread news that are harmful to Arab countries, while overlooking its own violations against the Qatari people who are suffering gross injustice.

“Nothing harms the regime in Qatar more than spreading the right information about its conspiracies and absolutist ways to the West”, Abdullah bin Bijad al-Otaibi said.

Doha did not only spend money on media outlets but it also spent millions to influence Western research centers, think tanks, human rights organizations and public relations companies. The voice of a Qatari opposition will help thwart all these plans and expose Doha’s practices against its people along with its several other devious conspiracies.

Uniting the Qatari opposition, as envisioned at the conference held last week, can be a significant step in the right direction as the opposition can then focus on reaching out to international Western decision-makers, think thanks and media outlets to provide a permanent platform for answering questions and providing information and analyses of Qatar’s political, economic and military decisions against the Qatari state or its people.

Nothing harms the regime in Qatar more than spreading the right information about its conspiracies and absolutist ways to the West. For example two decades ago, Qatar revoked the citizenship of 6,000 families from Al-Ghafran clan from Al-Murraha tribe.

The expulsion of these families and confiscation of their property worsened the extent of the crime. Recently, Qatar revoked the citizenship of Sheikh Taleb bin Lahom bin Shreim along with 50 of his relatives.

This issue should be brought to notice of international human rights organizations in the West to demonstrate how Qatar violates the rights of its people and humiliates them just because they do not accept its political adventurism.

We hope the opposition’s conference is able to unify its ranks and that political, legal, media and human rights organizations are formed to tackle all the seditious and terrorism-supporting policies of the Qatari regime.