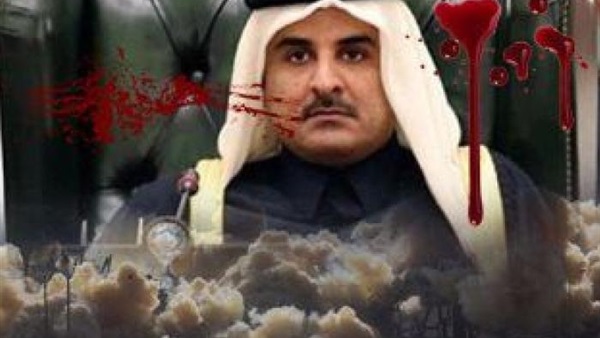 Qatar is making a big show of defiance in the face of the boycott imposed by Saudi Arabia, Bahrain, and the United Arab Emirates (UAE).

Doha has announced closer ties with Turkey and Iran, opened a new port, and imported a plane full of cows to launch its own dairy industry.

There are two principal reasons for Qatar’s firm stance. The first is to generate domestic support for its position and leadership. The second is to discourage the Quartet from continuing the boycott, by making it seem Doha has no need or will to surrender.

But the reality is that the impact of the GCC boycott on Qatar’s economy has been significant. Now that the first tranches of meaningful economic data are coming in, it is clear that Doha’s situation is deteriorating and it is probable the situation will only get worse.

The gas-rich nation burned through $38.5 billion of its vast financial reserves in June and July, ratings agency Moody’s estimated last week – equivalent to 23% of GDP, which is expected to grow by a third less next year. This emergency government spending is only going to escalate, with Fitch, Moody’s and Standard & Poor’s altering their outlook on Qatar from “stable” to “negative”. The IMF has also issued warnings to Doha about its long-term prospects.

The stock market was always going to dip at the outset of this crisis, but it should be concerning for Qatar that it has failed to recover. The exchange has lost 15% of its market value in the last 100 days, hitting a 52-month low this week and wiping tens of billions of value.

Qatari companies and state institutions have moved quickly to sell-off non-essential assets. Eyebrow-raising sell-offs included a $417m stake in Tiffany & Co and shares in Morgan Stanley worth $417m. The shedding has surprised locals who are being told by their leaders that there will be no financial or economic consequences from the boycott. They have also noticed inflation of food and beverage prices nearing 5% since June.

The problem for Qatar is not that it is having to re-calibrate its import network – it will be able to find suitable replacements for the vast food shipments it previously received from Saudi Arabia – but that its new allies do not offer anything like what its old ones could in terms of business and trade opportunities. By cozying up to Turkey and Iran in this crisis, Doha is inevitably going to increase the distance between itself and the US, Europe, and the rest of the GCC of course. These are its greatest allies and trading partners that it is spurning. It is possible that in 50 years the world’s centre of gravity will have shifted sufficiently to repay the strategy, but in the meantime Qatar will suffer dearly.

It is also looking increasingly likely that, with oil prices showing no signs of recovering significantly, there is not going to be room in the Gulf for three leading financial centres. One of Abu Dhabi, Dubai, or Doha will have to give way and as Qatar isolates itself further and further, the finance community will not be sentimental about their commitment to the city. Turkish and Iranian companies will continue to work with banks based in the UAE, but Qatari banks are already being blacklisted by the Quartet, a much bigger market. The first half of 2017 showed a 14.2% drop in profits for Qatar’s financial services sector, compared to the first half of 2016. And that only accounts for one month of crisis.

Tourism and transport industries are also likely to be major casualties; Qatar’s national airliner has lost 10% of its passenger volume since June. From January to September 2016, GCC tourists accounted for almost 50% of total visitors to Qatar, spending well over $4.5 billion.

Other Gulf states will suffer from the Qatar crisis and the blockade too, but not to the same extent. The relative loss of Qatari trade to their economies is negligible compared to the loss of influence, investment and confidence that Qatar will suffer by losing all of its closest trading partners, to varying degrees. It is difficult to see how Qatar can redress this situation with economic policy alone. Qatar’s citizens have largely rallied behind their leaders to this point because they have believed it won’t affect their standard of living. But if they start to feel worse off, and the leadership senses that this might happen, it could quickly lead to a major rapprochement with the GCC.