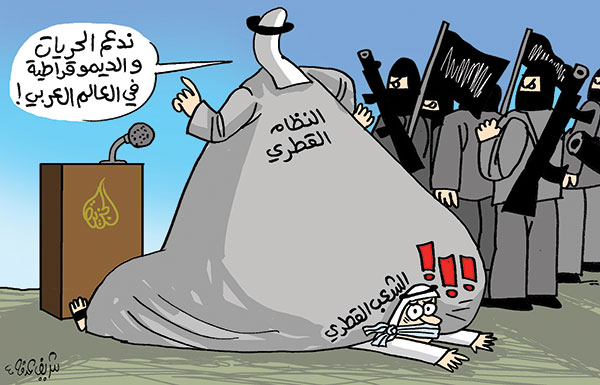 Geneva – The UAE, Saudi Arabia, Bahrain and Egypt have the right to reply to twisted facts in the statement by Qatar’s foreign minister, Mohammad Bin Abdul Rahman Al Thani.

The foreign minister’s statement reflects Qatar’s constant approach to mislead international public opinion and its insistence on denying its support of terrorism.

“Qatar continues to mislead the international public opinion by denying its policy of supporting terrorism and extremism and promoting the discourse of hate and interfering in other countries’ affairs,” Ambassador Obaid Salem Al Zaabi, the UAE’s Permanent Representative to the UN and other international organisations in Geneva, said in his speech at the 36th session of the Human Rights Council.

Qatar embraces the policy of denying the fact of its support for terrorism, financing terrorism, dissemination of hate speech and sedition, and interfering in the internal affairs of other countries, he added.

Al Zaabi’s statement came in reaction to the Qatari foreign minister’s speech at the HRC session, in which he claimed that Qatar stands with human rights and the right of people to self-determination.

“This confirms that the allegations made by the foreign minister that his government was ready for dialogue is just an attempt to to improve its image before the international community and the world public opinion, without any change in its hostile policies,” Al Zaabi said.

Qatar does not stop from its attempts to mislead others, including UN organisations. This prompted the Office of the United Nations High Commissioner for Human Rights (OHCHR) to issue a statement on June 30 in which it expressed deep regret over misleading reports in Qatari national media.

“Qatar must stop supporting radical ideologies, promoting hate speech and inciting violence — which it has been doing for 20 years,” Al Zaabi said.

He emphasized that Qatar has served as a supportive platform for extremism and terrorism by offering financial support and a safe haven for terrorists and promoting terrorist ideology.

Al Zaabi said Qatar continued to adopt its same policies by providing a safe shelter for terrorist figures who are on the list of international terrorism, which affected the region’s governments and people.