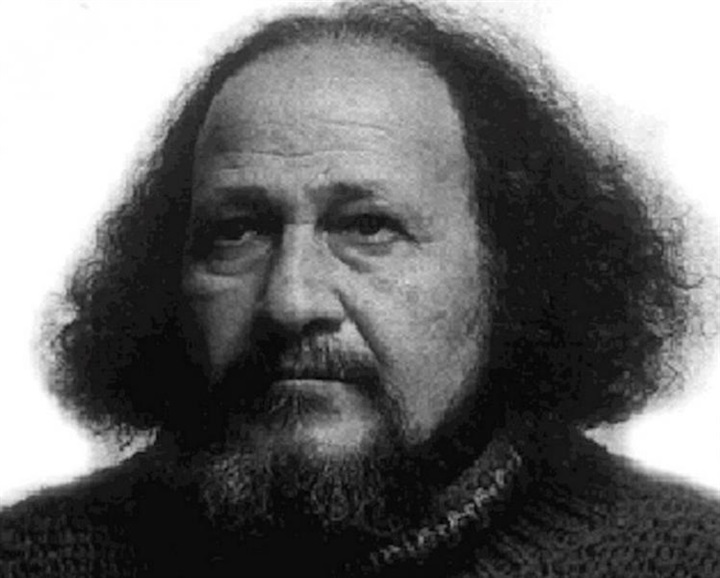 George Bahgory: The Picasso of Egypt

on: September 05, 2017
Paris—I know that one single article will not do justice to highlight his impressive work, but I will do my best to shed as much light as I can on the track record of this contemporary caricature tycoon, renowned Egyptian artist Georges Bahgory, whom Egypt, its people, streets, alleys and history have always been his main source of inspiration for his paintings.
The Al-Bawaba met with the artist, who is turning 86 this month, and delved into his world of art which is full of creativity, detail and patriotism.

Bahgoury is a painter, sculptor, cartoonist, and novelist. (Al-Akhbar)
Bahgory was born in Luxor in 1932 to a Coptic Christian family. He started drawing when he was four years old and continued throughout school, where he doodled endlessly in his science textbooks. In 1955, he studied painting at the Faculty of Fine Arts in Zamalek, Cairo, under the guidance of Egyptian artist Hussein Bikar. In 1970, he studied at the Academy of Fine Arts in Paris; École des Beaux Arts.

The granddaddy of caricature

Umm Kulthum – by artist :GOERGE BAHGORY
Bahgory has been living in Paris since the seventies, over than forty years. He considers Egypt his energizing source of inspiration where his internal battery recharges and where his ideas for paintings also originate. Paris, on the other hand, is the place for his creativity unleashes. He is considered the grandfather of Egyptian caricature or ‘the granddaddy of Egyptian caricature.’ He worked as a caricaturist for major Egyptian magazines and newspapers such as Rosa Al-Yousef, Al-Ahram and Sabah El Kheir. His paintings feature giants of Egyptian politics and art such as Gamal Abdel Nasser and Umm Kulthum. He is most famous for his political cartoons that have been featured in the Arabic press for decades.

Georges Bahgory, Bahgory: An Egyptian Icon, Cairo: Picasso East for Art & Culture,Cairo, 2017
Bahgory is an international lithographer, painter, sculptor and press designer. He is a complete artist who not only expresses himself in the art of caricature, but also in painting, sculpture and writing.
His work has been exhibited throughout the world. He is especially famous in the Near and Middle East regions. He is a multifaceted and multidimensional artist with an impressive history, having written books, garnered numerous national and international honors and participated in over thirty exhibitions across Europe and the Middle East.

Egyptian-French artist, George Bahgoury | Bonjour Gauguin (2013)
A silver medalist for his painting “A Face from Egypt,” Bahgory’s artwork has been widely displayed in galleries and museums, including the Louvre Museum, the Museum of Modern Art in Amman, the Museum of Modern Art in Cairo, and the Al Masar Gallery for Contemporary Art in Zamalek, Cairo.
Bahgory won the title of “Picasso of Egypt” as there are some similarities of philosophical and artistic convergence in his work as the late Spanish artist Picasso, who also spent most of his adult life in France as Bahgory. Bahgory has been classified by the United Nations as one of the world’s top 20 artists.

Bahgory, who witnessed the 1952 revolution as well as January 2011 revolution, sought to reflect his country’s and fellow Egyptians’ concerns into his art. Bahgory’s paintings touch on several topics ranging from life to politics, where he presented political and social issues by expressing his opinion through sculpture.
His paintings were banned during the era of Mubarak, but were released after the January 2011 revolution.  He has recently published a new book titled “Egypt: The Icon of Art,” which he autographed during an extremely large exhibition event organized at a major hotel in Cairo. These sensitive subjects are at the heart of Bhagory’s superb exhibitions to which he gives ample detail and attention without compromising his country’s values to which he has devoted the full measure of his art and his convictions.

Bohemian simplicity, his verbal reticence and on-the-spot sketching volubility
Bahgory has a quite different view of art as a soft power and its role in eliminating violence and countering terrorism and extremism, which pose greater threats to Arab societies. Egypt, his country, has been afflicted with an alarming resurgence in terror, the most recent of which were the twin bombings of two churches in Tanta and Alexandria.
On this, Bahgory said: “There is no painting or artwork that will merely eliminate violence from the roots. What Egypt is undergoing is just a step backward that, I am sure, it will be giving us some momentum forward on the path of transformation.”
He expressed a deep sense of sadness about the two bombings which claimed a number of innocent lives who were marking Palm Sunday celebrations. Bahgory also pointed out that what happened only requires a reformist revolution against extremist ideologies in Egypt. Direct confrontation is the only viable solution in the face of these extremists.

Pope Tawadros II survived the heinous terrorist attack on Alexandria’s St Mark’s Church on Palm Sunday, Bahgory
Bahgory’s energy is one that he loves to share with the world. He is also quite the businessman and very net-savvy, being well-linked to online artist networks, such as Pablo Picasso, Egyptian modernist Abdel Hadi Al Gazzar, German expressionist Paul Klee and a treasure of online gallery teasers. Prints of his major and current works are available for purchase. So far, his work has been exhibited in France, Egypt, the UK, as well as Iraq, and Italy.
Critic Mohamed Boghdady words best sum up Bahgory’s energetic and versatile talent:
“His visual language empowers him to draw anytime, anywhere… on any surface or medium and as fast as you can imagine. He is a flammable artist, able to constantly ignite.”
Share 0
Tweet 0
Share 0
Share 0
Share 0