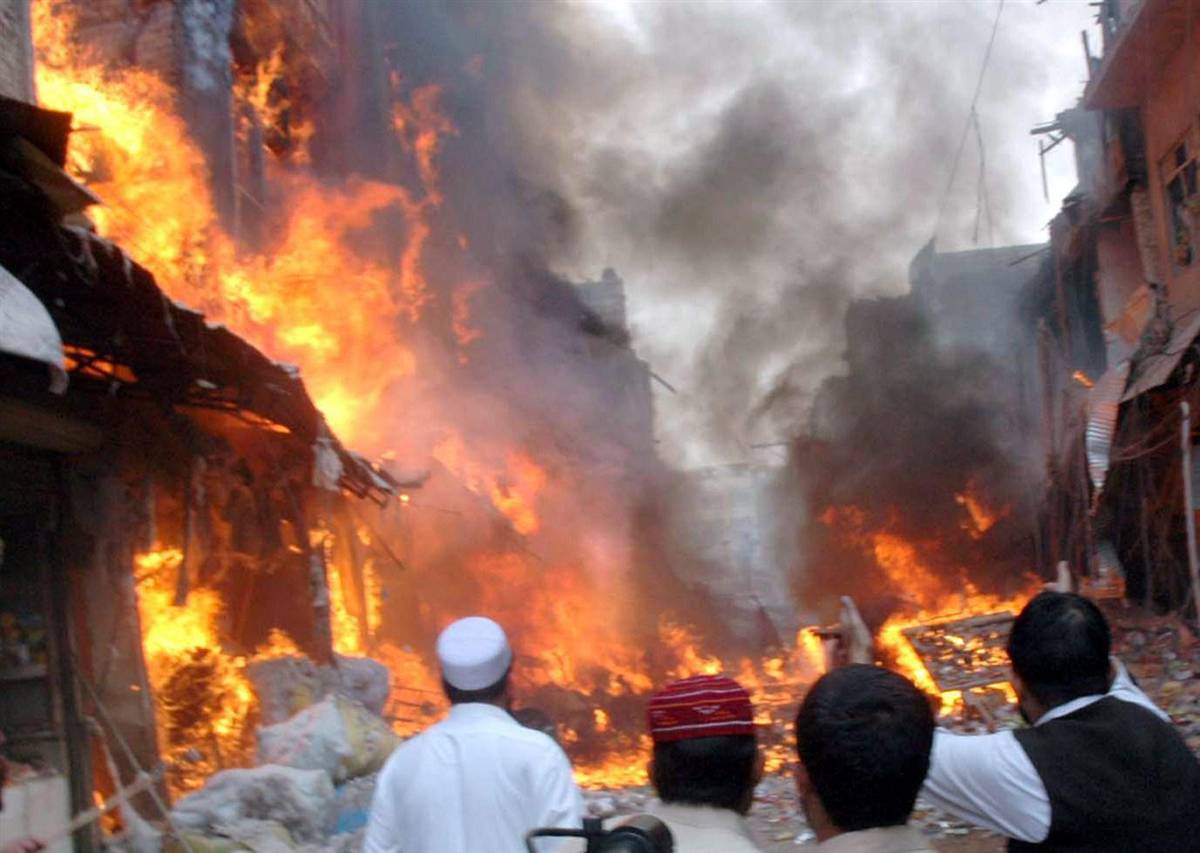 Extremism lead to violence in Pakistan.

Islamabad – As per common belief, extremism and terrorism stem from the cradle of ignorance, poverty and unemployment. The people involved in terrorism are thought to be students of traditional religious seminaries deprived of modern education. They perpetrate violent acts, indoctrinate and recruit underage radicalized youth through concocted stories and misinterpretation of religion.

The situation in world terrorism incidents in general and Pakistan’s in particular, is complex and detailed. Be it the Safora Ghot Karachi massacre of forty three innocent unarmed people by Saad Aziz — an Institute of Business Administration (IBA) Karachi graduate or the inhuman killing of human rights activist Sabeen Mahmood by the same man; the IS-indoctrinated and affiliated medical student Noreen Leghari’s case or the recent failed attempt on the MQM leader Khawaja Izharul Hassan by a Karachi University graduate, the incessant reality for Pakistani anti-terrorism strategists is that the extremists and terrorists have succeeded in infiltrating modern education institutions and the youth is being indoctrinated with the toxic ideology of the terrorists.

Pakistan needs to fight extremism and terrorism on military as well as political front. Otherwise, the enemy can ruin our youth with its toxic ideology of terror and tyranny

The Afghan Jihad against the Soviets in the 80s and 90s has radicalized Pakistani society and the education system of Pakistan is no exception to this. Intolerance and extremism have affected both religious seminaries as well as modern education institutions. Resultantly, the terrorists have succeeded in using our highly educated youth for their heinous crimes.

Currently, Pakistan is fighting the lot of highly educated terrorists equipped with modern technology to fool the law enforcement agencies.

Ansar-ul-Sharia Pakistan (ASP) — a recently emerged terrorist group of highly educated youth of Pakistan inspired by Al-Qaeda and Osama Bin Laden — is a splinter group from the so-called Islamic State (IS) with members previously part of IS, TTP, Al-Qaeda and Lashkar-e-Jhangvi (LeJ). They have previously worked under Al-Nusra Front in Syria. The group formed as the members returned back Pakistan after the defeat of the IS in Iraq and Syria. So far, in 2017, they have been able to execute five terrorist incidents involving the murder of a retired colonel from the Pakistan army and several other policemen and citizens.

Such groups may have many more battle-hardened militants that could use such small splinter groups to carry out major attacks in Pakistan. With the defeat of the IS in Syria and Iraq the influx of militants to Pakistan could continue that could further complicate the situation. There needs to be a comprehensive policy on the part of Pakistan to deal with the emerging situation.

Thinking socio-economic factors are the only root cause of extremism and terrorism is not the right approach to deal with the menace of terrorism and extremism. It has much to do with the extremist’s narrative based on certain religious and political beliefs. People recruited by the ASP are highly educated and usually belong to well-off families which indicate at the target groups of extremists. Fighting extremism is to fight the extremist narrative. But the question is, as a state, what narrative does Pakistan have and what is being done to propagate it?

Social media and communication software’s are being excessively used all over the world by the militants to indoctrinate and recruit people for their heinous designs. Noreen Leghari case can be quoted as the prime example of such indoctrination through social media.

What effective law enforcement strategies have to be used for monitoring radicalizing social media platforms?

In order to eradicate the menace of extremism and terrorism from the country, Pakistan will have to devise an effective monitoring mechanism of religious seminaries, colleges and universities as the terrorists have succeeded to penetrate our educational institutions.

Co-curricular activities and peaceful student politics could allow the youth to use their energies in a positive direction; therefore, ban on student unions must be lifted with immediate effect.

Even today, acting on the twenty-point National Action Plan (NAP) could improve the security situation significantly in Pakistan which will have a direct impact on youth and education institutions. As a state, Pakistan needs l to fight extremism and terrorism both on military as well as political front without any ambiguity; otherwise, the enemy could ruin our youth with its toxic ideology of terror and tyranny.