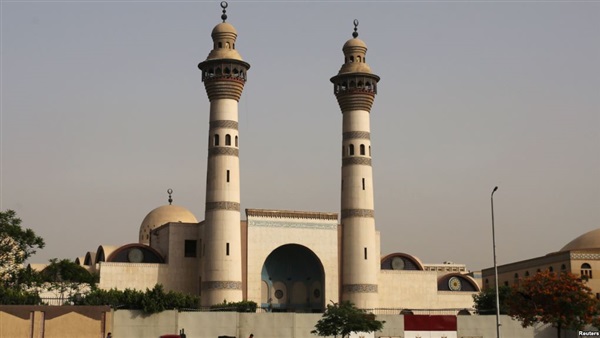 A view of Al-Azhar University in Cairo

Cairo – Egypt’s President Abdel-Fattah Al-Sisi had a meeting with Al-Azhar’s Grand Imam Ahmed Al-Tayeb in which they discussed the role that Al-Azhar plays to support inter-faith dialogue and to refute the extremist ideas promoted by terrorist groups.

The meeting between the Egyptian president and Egypt’s Muslim top cleric came in the framework of the governmental support for Al-Azhar’s role to promote moderation and to correct the image of Islam before the world and to confront the extremist and violent approach adopted by terrorist groups, including IS, Qaeda and other militias.

The role of Egypt’s Al-Azhar to promote moderate Islam emerged after June 30 Revolution to confront the calls for violence against the state institutions, opponents and Christian citizens who have been extremely blamed for inciting against ousted Muslim Brotherhood-affiliated President Mohamed Morsi.

Egyptian researcher Mustafa Amein said, “After June 30 Revolution, Al-Azhar found itself bearing the responsibility of not only promoting the moderate image of Islam but also fighting against spiritual guides of extremism, including Brotherhood’s Mufti Yusuf Al-Qaradawi, who launched baseless edicts during the rule of Muslim Brotherhood.”

Amein stressed that it was not easy job to refute the extremist calls and then to replace them with the right edicts. He added, “Al-Azhar waged an intellectual war against the extremist ideas promoted by hard-line clerics in coincidence with the military war waged by the military and security forces by the terrorist groups in Sinai.”

The role of Al-Azhar is not limited to Egypt, but extends to the whole world, as the Islamic institution was keen send delegations to the different Islamic countries suffering from terrorism to confront the influence of terrorist groups on the intellectual side.

Muslim cleric Mohamed Wahdan said that Al-Azhar’s major role is to correct misinterpreted verses used by extremists to justify the killing of innocent people, adding that Al-Azhar, as Islamic international institution, should extend its role to include all countries influenced by the false ideas promoted by extremists.

Despite the increasing efforts exerted by Al-Azhar, the role of Egypt’s Islamic institution faces serious challenges, including the media channels, including Al-Jazeera, that allow extremist preachers launch their ideas and also social media networks that are considered major platforms for the extremist group not only to promote their ideas but also to recruit large number of youth to join them.

Al-Azhar’s cleric Mohamed Zaki underlined the efforts exerted by Al-Azhar to prevent extremists from delivering sermons inside mosques, while the media channels are not under control of the Islamic institution. He demanded governmental cooperation from all Islamic countries to take punitive actions against the channels that allow extremists promote their ideas through their screens.