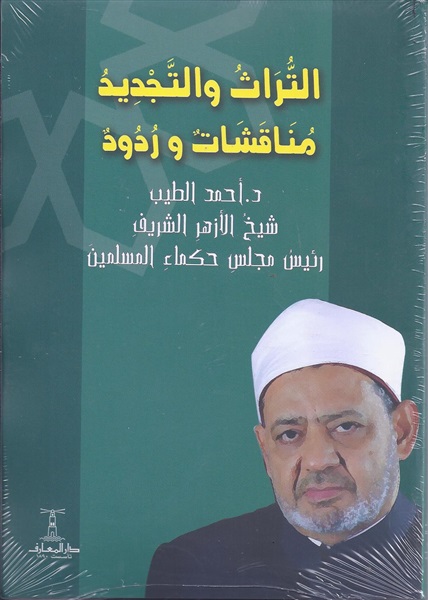 The Grand Imam's book: Why the Delay in Islamic Reformation?

Cairo – Dr. Ahmad al-Tayeb, Grand Imam of Al-Azhar, said that any discourse centered on the fallacious notions that our fundamentals of civilization and Islamic values have become a thing of the past and that we need to search for another alternative, has to be dismissed.

“Let us assume that we accepted this vague notion that we might part with our Islamic heritage. Then, what would be the better alternative? Anti-Islamic civilization forces want us to assimilate into another culture and civilization, both distinct from ours. Their rescue package is only based on the “complete meltdown” into Western civilization,” Al-Tayeb said during his interview on the satellite TV show “With Al-Imam al-Tayeb”, aired on the Extra-News channel. “

Al-Tayeb added: “Such ideas are completely divorced from reality, which have no viable solution for our civilizational plight. They have a sort of intellectual vanity that plunged them into the Western civilization of which they are completely dazzled and impressed by. They know very little about the faith and civilization of Islam. That’s why I call on them to embark on studying and learning about human civilization that has passed throughout the eons, so as to be able to see through our differences which is the natural order of things.”

The search for another civilization is a fallacious argument

Islamic modernist, Qasim Amin was heavily influenced by the ways of the west. Amin believed that for Egypt to survive, it must keep aligned with European modernization.

He continued saying: “The search for a new civilization is a fallacious argument. It is such as one person would say to another: “I am going to kill you, and afterwards, you will be housed in a palace.”

Al-Tayeb also pointed out to a quote attributed to Qasim Amin, an Arab modernizer who wrote passionately about the emancipation of women, and gravitated toward secular and liberal ideas. He said: “Amin is quoted to have said that “if Egyptians did not modernize along European lines and if they were ‘unable to compete successfully in the struggle for survival, they would be eliminated.This indicates Amin’s inferiority complex.”

Al-Tayeb added: “It is known that the aristocrat Qasim Amin lived and was educated in the west almost all his entire life. When Amin was asked about a clarification of his controversial theory, he replied not from the perspective of an independent Arab Muslim scholar, but from the standpoint of following the superior western civilization. It is easily discernible that Amin seems to concur with the later theory of “the Clash of Civilizations,” propounded by political scientist Samuel Huntington.

The Clash of Civilizations and the Remaking of World Order: Samuel P. Huntington: 9781451628975: Amazon.com

In his influential 1998 book, “The Clash of Civilizations and the Remaking of the World Order”, Huntington contrasts Western civilization with Islamic civilization, Hindu civilization, Buddhist civilization, and others. The alleged confrontations of religious differences are incorporated into a sharply carpentered vision of hardened divisiveness.

Al-Tayeb explained: “Huntington argues that there are more factors contributing to a Western-Islamic clash, on top being western ‘Universalism’ which is the view that all civilizations should adopt western values. Huntington believed that Buddhism is easily tamable and most likely to assimilate into western culture, whereas Islamic civilization will not be easily influenced by western hegemony or imperialism. Thus, Huntington believed in the inevitability Western-Islamic clash, and in the elimination of the so-called Islamic world.”