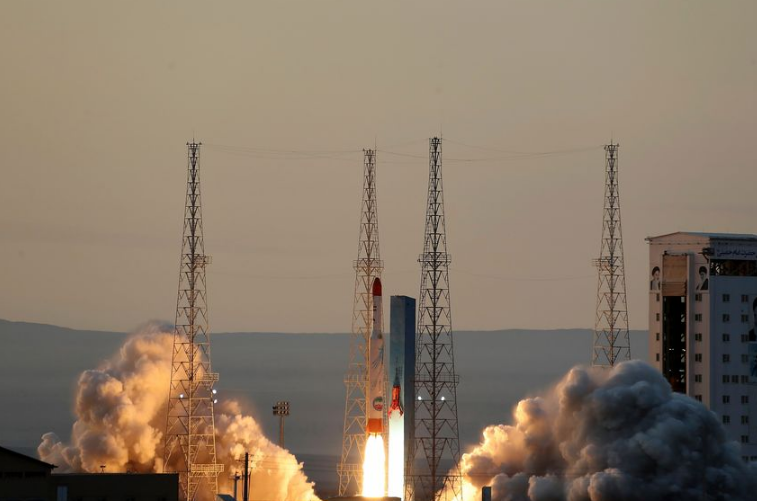 Iran launched a rocket into space carrying what officials on Thursday said were three research devices, drawing attention to Tehran’s missile ambitions amid faltering international negotiations over its nuclear program.

The rocket, called the Simorgh, is designed to carry satellites; it was sent up about 290 miles, which an Iranian Defense Ministry spokesman told state television was a record for this type of rocket. The ministry didn’t say when the launch was conducted or whether it had succeeded in putting the devices into orbit. It didn’t give any details about the devices.

Iran has tested the Simorgh rocket at least five times previously. Most of the tests failed.

Satellite carrier rockets aren’t part of Iran’s ballistic-missile program, but U.S. intelligence officials have said that many of the components in rockets such as the Simorgh can be repurposed for long-range ballistic missiles. Iran says its rocket tests are for civilian purposes and aren’t linked to its military ambitions.

The announcement followed a test last week of 16 short- to medium-range ballistic missiles during a military drill in southern Iran.

It also comes as Iranian and Western diplomats are huddled in difficult talks over Iran’s nuclear program in Vienna. Negotiators are expected to reconvene on Monday after breaking for New Year.

The U.S. left the deal in 2018 and imposed strict economic sanctions that have battered Iran’s economy. In response, Tehran has violated most of the key tenets in the agreement, reducing the time it would need to produce enough nuclear fuel for one weapon to as little as a month. It has increased uranium enrichment from the 3.67% level allowed under the agreement to 60%, a short technical step from 90% weapons grade, and curtailed access for international nuclear inspectors.

The Vienna talks, aimed at finding a path back to compliance with the deal for Iran in return for sanctions relief, have made little progress since resuming in November.

Diplomats have repeatedly warned that as Iran continues to progress on its nuclear enrichment, time is running out to restore the deal in a way that meaningfully curbs the time Tehran would need to produce a bomb, a central goal of the original deal. Iran insists that it doesn’t seek nuclear weapons.

Diplomats now doubt a deal can be reached within the timeline of a few weeks set by Washington and the Europeans.

The U.S. seeks to prevent Iran from developing ballistic missiles, which pose a great threat to its regional allies and can be used to carry nuclear warheads.

However, international nonproliferation experts say Iran has made more worrying advances on different types of rockets, with motors propelled by solid fuel, a key component in intercontinental ballistic missiles. The Simorgh is propelled by liquid fuel.

Iran’s Islamic Revolutionary Guard Corps in 2020 launched their first military satellite into space, using rockets that Washington said could help advance its ballistic-missile program as the technology in the two types of launches was similar.

Earlier this year, Iran tested a new rocket, named Zuljanah, developed to send civilian satellites into orbit 310 miles above ground, but whose technology could be easily transferred to Iran’s military-missile program run by the Guards.