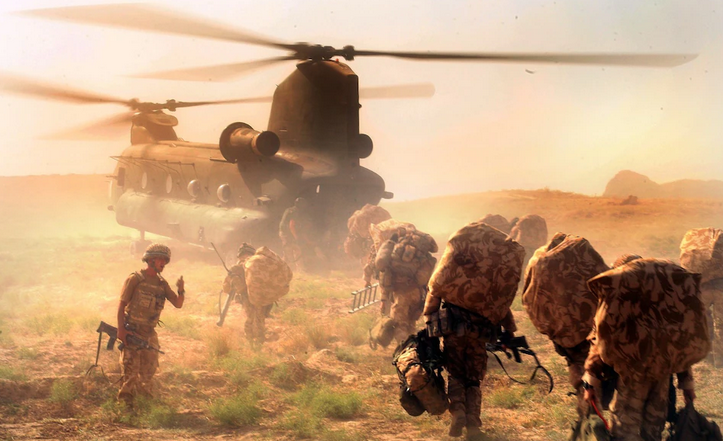 Britain’s armchair generals may have mixed feelings on reading The Ledger, David Kilcullen and Greg Mills’s new book on the West’s botched mission in Afghanistan. On the one hand, it’s probably the best insider account yet on why the mission failed, written by two of the coalition’s most experienced advisers. On the other, the authors are no fans of the “tweed-wearing, pipe-smoking” commentariat who opined witheringly as Kabul fell to the Taliban last August.

Few of the pundits who spouted lofty clichés about Afghanistan being the “graveyard of empires” had ever spent much time there, they say. For if they had, they would never describe the coalition mission as being doomed from the outset. Instead, the authors argue, the truth is far worse: the task in Afghanistan “was absolutely achievable… but we screwed up the effort from start to finish”.

This is a bold claim, but the authors have the credentials to make it. Kilcullen, a former Australian infantryman, is regarded as one of the world’s leading counter-insurgency experts, having advised US General David Petraeus in Iraq. Mills, a South African academic, is a governance expert who has served four terms advising the coalition mission in Kabul.

Both have the ear of world leaders – not that Joe Biden will appreciate their comments. The US pull-out was, they say, “one of the most egregiously incompetent self-inflicted debacles in modern military history”, carried out in the “ridiculously lame” hope that the Taliban might have softened its ways. Arguably the most damning quote, though, comes from Biden himself – who, the authors acidly point out, warned in 2002 that history would judge America if it did not “stay the course” in Afghanistan.

True, staying the course could have meant being there until at least 2040, according to the authors. They argue that in any broken, war-ravaged state, building institutions can easily take 20 years, with another 20 again to create “the necessary culture and respect” for the rule of law. Yet while that might seem like an eternity – especially in terms of US election cycles – it would have been no different to America’s long-running troop commitments in Germany or Korea.

The problem, though, wasn’t just lack of will. Nation-building in Afghanistan was always going to be tough. Divided by ethnicities, religion and mountains, it had little modern history of central government, beyond the disastrous Soviet-backed Communist regime in the 1980s. Any attempt, therefore, to build up Kabul’s writ was always going to meet resistance, be it from tribal chiefs, warlords, or the Taliban – who, the authors point out, were more popular than many Westerners realise. The rough and ready justice offered by the Taliban’s rural courts, for example, was far cheaper and less corrupt than anything offered by Kabul. And anyone with a Taliban court judgment in their favour – be it over a marriage, inheritance, or grazing rights – had a vested interest in the group remaining powerful.

Instead, the vast influx of Western development cash often merely fuelled corruption, administered by a sprawling, civil-military NGO-cracy with little more business nous than Kabul’s Communist-era rulers. An industrial park in Kandahar was built with no electricity supply, while a British tax-payer-funded airport in Helmand Province handled only one flight every two days. A focus on throwing cash at the more restive south also meant that northern areas felt neglected, allowing the Taliban to gain a foothold there shortly before Kabul’s fall.

Had the new Afghan National Army enjoyed continued coalition support, it might just have prevailed: its best troops were not short on fighting spirit. Alas, that very Afghan warrior culture was also their undoing. Too many of the army’s best fighters were recruited into its elite Special Operations Forces, where they fought valiantly but suffered horrendous casualty rates. The authors argue that it would have been wiser to spread them out more widely among the regular units – who might then have fared better against the Taliban in those final years.

This book is a well-written and timely inquest into the West’s Afghanistan fiasco, and while it may be of greatest interest to policy wonks, it is equally ideal for those who know little of Afghanistan. On which note, those tweedy armchair generals may also wish to stick it up their proverbial pipe and smoke it