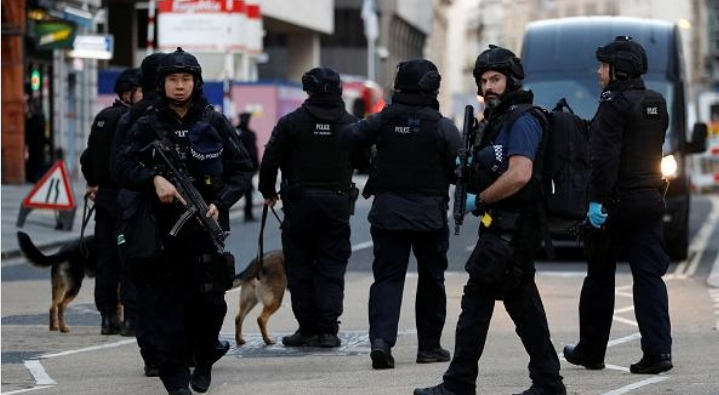 Terrorist operations in Britain and France during 2021

Britain and France witnessed many terrorist operations over the course of the year 2021, which varied between terrorist attacks by ISIS and the far right, despite the various strategies applied by both countries to combat terrorism in all its forms and prevent and detect mixed threats, as the flexibility of vital infrastructure and security measures increased to enhance cyber security.

On September 11, a fire broke out in the Dewsbury Mosque in Manchester by far-right elements. It was described as a hate crime, despite British intelligence warnings that cases of racism are fueled by the far-right and that it thwarted ten terrorist operations.

On November 14, the city of Liverpool witnessed the explosion of a device in a taxi at Liverpool Hospital in northern England. The perpetrator of the operation, Emad al-Swealmeen, an Iraqi refugee, was said to be suffering from mental illness, and David Amess, a parliamentarian from the Conservative Party, was stabbed on October 16 at the hands of a British citizen of Somali origin named Ali Harbi Ali, who was referred in the past to the Counter Extremism Program.

British intelligence reports had warned of the danger of the growth of political Islamist currents, led by the terrorist Brotherhood, which poses a threat to British national security. They also monitored an unprecedented escalation of the activities of currents to spread their extremist ideas by exploiting advocacy platforms, associations, organizations and cultural centers under a legal cover and under the umbrella of charitable work. On November 26, the British Home Office officially announced the complete ban of Hamas, one of the branches of the Brotherhood, and its inclusion on the list of banned terrorist organizations.

In 2021, the United Kingdom was also exposed to major hacking attempts to steal information and data related to national security, as more than 10,000 Britons working in all government departments were hacked for the benefit of terrorist organizations.

It is for these reasons that Britain has passed a new counterterrorism law that completely ends the possibility of early release for anyone convicted of a serious terrorist offense and forces them to serve their entire sentence in prison.

Meanwhile, French intelligence reports showed that France leads the European countries in terms of extremism spreading on its soil, as the Salafi jihadist movement controls 132 mosques out of 2,358 in the country, which fuels the threat to French national security.

France witnessed the killing of a policewoman in the suburb of Rambouillet by a Tunisian extremist, and a Sudanese asylum seeker stabbed an official in charge of the asylum center in the French city of Pau after having previously been arrested and spent a period in prison for committing acts of violence.

France also suffers from the rise the far right, as the extremist National Rally party in France adopts an anti-refugee and anti-immigration approach, like several extreme right-wing parties, exploiting Islamophobia in its electoral campaigns and propaganda to gain more votes. Its stances are prompting the French authorities to adopt a stricter policy towards refugees and immigrants, which has led to an increase in the situation of congestion and warnings of the occurrence of many terrorist operations.

To this end, the French government prepared a new draft law to combat terrorism by monitoring the internet and social networking sites such as WhatsApp and Telegram by expanding the use of algorithms by the French intelligence services to track potential terrorists, developing tools to prevent the downloading of terrorist and violent extremist contents on the internet, combating the causes leading to extremism, and monitoring and removal of content.

France has also strengthened ways to counter terrorist financing by imposing new legal measures related to money laundering and exploitation for extremist organizations and entities. The criminal justice system to combat terrorism in France regularly carries out raids linked to the financing of terrorism in the Iraqi-Syrian region, which resulted in the arrest of members of the Chechen community in the Lower Rhine region and Puy-de-Dôme.