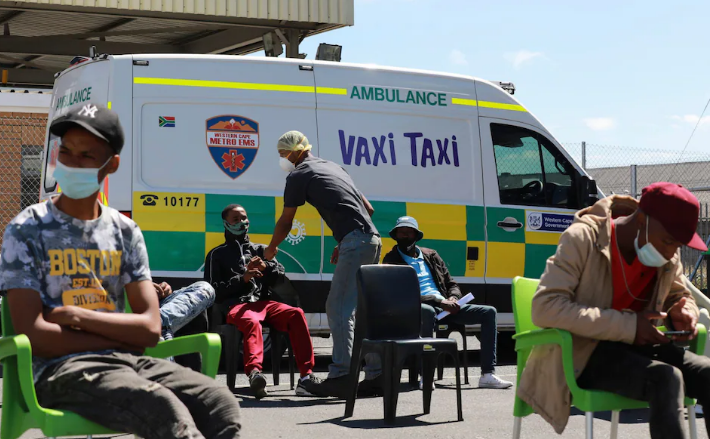 New infections have continued to decline sharply in the world’s first omicron epicentre offering up a further ray of hope to other countries where the variant has spread.

The seven day rolling average for new infections plummeted by 35 per cent from an all-time high of 23,000 nine days ago to 15,000 on Monday.

While the new data must be taken with caution because of the Christmas migration of millions of people from the commercial capital Johannesburg to rural areas where there are fewer medical facilities, experts say it is clear that the country has passed its omicron peak with “substantially lower” death rates than with the delta variant.

However, experts have warned against extrapolating South Africa’s omicron data to their own countries because of the high levels of immunity in the South African population due to devastating beta and delta variant waves.

“We should interpret the data from South Africa with a lot of caution,” John Nkengasong, director of the Africa CDC, said. ”This is early days and public health practice is local.”

In November when South African scientists raised the alarm about the variant, Britain scrambled to red list travel to swathes of southern Africa. Within days the US and the EU had followed suit.

While there UK red list has now been lifted there is still palpable rage in South Africa against the UK, which shares strong social and economic with Africa’s most industrialised nation.

Christmas is the peak season for the country’s embattled tourism sector and the flight bans have had a devastating impact on the country’s finances.

The South African government is now demanding financial compensation from Britain for the bans, saying that its economy took a serious hit. “Are you going to compensate us, because it has now been proven that the travel curb was wrong,” said South Africa foreign affairs spokesperson.

Reportedly, the British High Commissioner in South Africa has acknowledged the decision caused economic damage but stressed the move was made in the interest of public health.