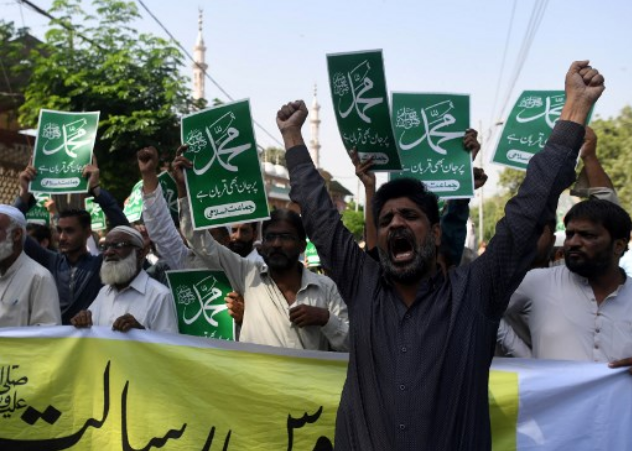 Rise of religious movements in Asia: Tehreek-e-Labbaik Pakistan as a model

Pakistan is witnessing a rising wave of religious movements, which have become one of the most prominent players in the political arena and have an impact on the course of events there.

The news of the Tehreek-e-Labbaik Pakistan group, which belongs to the Barelvi sect, which is spread in several countries, most notably Pakistan and India, has topped the scene during recent months.

There is a possibility that the group will continue to play a much larger role than currently after popular support for it has increased, which has reached very high levels in recent years.

This has led to great predictions about the group’s growing role in electoral politics, as it was the third largest party in Punjab in the 2018 elections, and many feel it may make more headway in the upcoming elections.

The Pakistani government surrendered to the protests of the group, which was banned on April 14 and then renewed its protests and demanded the government to close the French embassy in Islamabad and expel the ambassador.

In October 2020, the movement organized several demonstrations and blocked the highways leading to Islamabad, and the ban was lifted following the threat of the angry march.

The government released the movement’s leader, Saad Hossein Razavi, and his name was removed from the list of banned individuals suspected of terrorist or sectarian acts under the 1997 anti-terror law.

The group focuses on one issue: contempt of Islam. It mobilized people against attempts to repeal or commute laws that punish contempt of religion with the death penalty, and it was accused of participating in riots against the Qadiani sect and succeeded in 2018 in banishing economist Atif Mian, a professor at Princeton University, from Pakistan’s Economic Advisory Council because of his affiliation with the Qadianis.

This group is considered one of the movements that focus on attracting Sufi devotees in the Indian subcontinent and works on involving them in its political activities, which gain it a greater presence and popularity among the Punjabi masses. This makes the electoral ascent scenario likely during the coming period, but it is difficult to predict the method of this rise, as the movement has many options, including allying with one of the other parties and entering into a coalition, or running alone without joining any other party.

But the scenario that some strongly anticipate is that the movement will continue to operate as a pressure group without directly participating in the elections, in order not to lose its popular balance in Punjabi cities and villages and to work on preparing for strong participation in later elections when it is confident that the electoral scene will be easily swept.