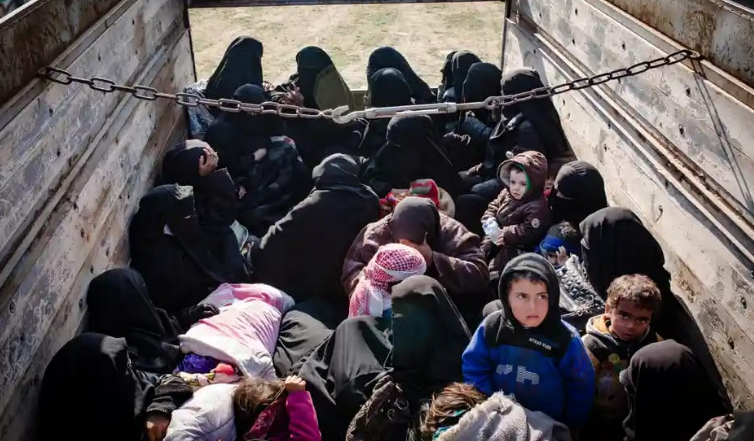 Police treated us like criminals, say families of girls trafficked to Islamic State in Syria

Details of how police attempted to criminalise British families whose children were trafficked to Islamic State (IS) in Syria are revealed in a series of testimonies that show how grieving relatives were initially treated as suspects and then abandoned by the authorities.

One described being “treated like a criminal” and later realising that police were only interested in acquiring intelligence on IS instead of trying to help find their loved one. Another told how their home had been raided after they approached police for help to track down a missing relative.

Their experiences were revealed in a parliamentary session last week that was closed to the media at the request of the families, due to concern they would be misrepresented and harassed. However, four of the families that gave evidence have agreed to share their experiences with the Observer anonymously to shed light on their treatment by the authorities and how their daughters have been left stranded in Syrian refugee camps.

One woman revealed how she had cooperated with police when her sister went missing only to learn officers had had no intention of tracking her down. “We thought the police were there to help us. Over time, we could see the police and the authorities weren’t talking to us to help us, but only to get information. Once they had their information, they washed their hands of us.”

She added: “We were never offered any support. I felt I had to prove I was anti-extremist to them; I felt I was always under suspicion.”

A member of another family said: “I was interrogated as if I was a suspect, and once they had decided I wasn’t, they didn’t really want anything to do with me. It became really difficult to get in touch with them.”

Their testimonies follow a report from legal charity Reprieve that found two-thirds of British women detained in north-east Syria were coerced or trafficked to the region, often lured there after being groomed on dating sites, before being sexually exploited.

The report found that many girls were under 18 when they travelled to IS territory and have since suffered exploitation, forced marriage, rape and domestic servitude. They include a British girl who was trafficked to Syria aged 12, then raped and impregnated by an IS fighter. One of the most high-profile British cases of children joining IS involves three London schoolgirls, Kadiza Sultana, 16, and Amira Abase and Shamima Begum, both 15. The latter’s lawyer says there is “overwhelming evidence” Begum was trafficked.

The family testimony was given to the all-party parliamentary group on trafficked Britons in Syria, which will release a report in the new year.

Only about 20 British families are currently stranded in north-eastern Syria, yet the Home Office refuses to consider repatriating women and children. It has even removed the citizenship of most, including Begum.

The UK government’s stance is at odds with that of other European states, and the US has called on western countries to take responsibility for their citizens and bring them home.

Andrew Mitchell, former international development secretary and chair of the all-party parliamentary group, said: “If the government would only listen to these families, it would surely realise the inhumanity and sheer wrongheadedness of abandoning British citizens in desert detention camps.

“This terrible policy is affecting ordinary law-abiding families and fraying the fabric of our multicultural society. Whether from a security perspective or a moral one, the case for repatriation could not be more clear.”

Former Foreign Office minister Baroness Warsi said: “Many of us in parliament are very concerned by what is happening here, particularly in relation to the precedent that it sets.”

All of the families who gave testimony expressed anger over how the UK government had ditched the principle of innocent until proven guilty in relation to their children, a decision they said compromised the UK’s international standing.

One said: “Normally, it is western governments that talk about human rights and trafficking. However, when it is my family who have been abused and trafficked, they have decided not even to investigate their cases. They are considered guilty just for being in Syria.”

They added: “Women and children are being punished without a trial. I don’t know why Britain has decided to abandon its principles in my family’s case.”

Another family member said: “I felt really betrayed and [she] felt confused as to why her country had abandoned her. I’ve now lost faith in the people who are supposed to help and protect us. We don’t have our rights any longer.”

Reprieve’s data indicates that British families in north-eastern Syria include around 19 women and 38 children; more than half of the children are five years old or younger. The UK government has stripped citizenship from at least 20 of the adults, including Begum. That stance appears peculiar, say experts, when viewed against the fact that only 40 or so of the 400 Britons who have returned to the UK after travelling to Syria or Iraq to join terrorist organisations have been prosecuted.

Maya Foa, the director of Reprieve, said the families in the camps had “been stripped of all rights, presumed guilty without a trial, subjected to violence, and abandoned by the government”. She said that the government “appeared to be seeking to inflict maximum harm on this group – which is mostly British children – to make some kind of political point”, adding that this was “dangerous for our security as well as the interests of justice”.

Reprieve’s research into the British trafficking victims is based on extensive work in the Syrian camps, while the Home Office has made no apparent attempt to visit the camps or evaluate if the women were exploited.

The UK government has defended its position, saying it views the British families as a potential national security threat.

One of the families said it was laughable that their loved one could be considered a threat. “[She] is so frail and has been abused. She is not a threat. She is really scared and vulnerable,” they said.

Another added that their sister was effectively incarcerated the moment she arrived in Syria, saying: “She was imprisoned in every way; it was a cage from the moment she was there.”

The families’ evidence has sharpened the focus on how the UK authorities failed to protect at-risk women and girls from being trafficked to Syria in the first place.

In particular, their testimony raises questions over the police’s heavy-handed approach of opting to view vulnerable young women and children as terrorists rather than as a safeguarding issue.

“All I want to ask the government is: you had every opportunity to protect her and failed, how can you now wash your hands of her?” said one.

After listening to their testimony, Warsi told participants in the session that the stripping of citizenship is of particular concern to her. “It is important for me to be involved in this, because it could be me, it could be a descendant of my family.”

She added: “I served as the first Muslim in the cabinet in this country, and this country is the only place that my family before and after me would consider home. This is a point of principle that goes beyond you and your families, but your families are cases which illustrate this principle.”

Conditions in the Kurdish-controlled refugee camps are dire – described by the World Health Organization as “deplorable and unbearable”. According to Save the Children, during the first eight months of 2021, 163 people died in Camp al-Hol, including 62 children. There have been at least 81 murders this year. In August last year, eight children under five years old died in a single week.

One family member told the parliamentary inquiry: “The children are growing up surrounded by threats of violence and danger from things like frequent tent fires.”

Another added that her grandchildren were “suffering” in the camps: “The children are still young. I don’t want them to be brought up in unsafe camps, with no access to medical facilities or education