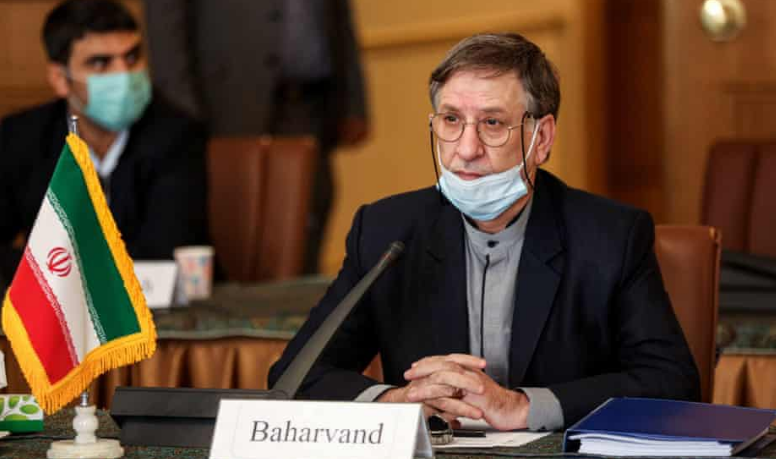 Iran says UK is discussing how to repay £400m debt

Mohsen Baharvand added that he was in live discussions with the Foreign Office, and said the issues were not insurmountable.

The UK Foreign Office has refused to discuss any details of the payment to Iran, or what has been holding up the settling of the £400m debt dating back to an arms sale to Iran in the mid-1970s.

Baharvand, speaking to reporters in London on Friday, said Iran and the UK had been close to an agreement on the debt in the summer: “We wanted to use that deal to ask our people that we are seeing a good sign from the UK and then that gives us a possibility to expedite our efforts to help the dual nationals and things like that. Then we had a deal. We signed it but two days after the signature of that deal the UK government said they could not implement it because of US sanctions,” he said.

“We are trying. We should not be that pessimistic. We are working with our Foreign Office colleagues maybe to reach that deal. We are in the process of discussions. Last week there was a delegation from the UK in Iran and personally I was talking to the Foreign Office and I am hopeful we will reach an agreement.”

Referring to reports that the money could be paid in the form of humanitarian aid, he said: “It’s not aid. Our money is here and we want our money. That is very simple. We want to receive our money. We are not insisting on interest. Otherwise it would be billions. We are talking to our UK colleagues as to which channel is the most probable to transfer that money to our accounts.”

Asked if the US could give a letter of comfort to the UK to guarantee the payment would not be sanctioned, he said: “The US are not doing that. They have to help the UK government to do that. It is not impossible. Obstacles are not insurmountable, but we have to discuss, negotiate and find a way. We are now discussing through what channel that money be transferred. There is a negotiating process now.”

He also stressed that the issue of the detainees’ release was a matter for the Iranian judiciary, and could not be mixed up with the wider issue of the Iran nuclear talks in Vienna.

In response to the Iranian ambassador’s remarks a Foreign, Commonwealth and Development Office spokesman said: “We continue to explore options to resolve this 40-year-old case and will not comment further as discussions are ongoing.”

Foreign office sources stressed that the UK recognises that it legally owes a debt to Iran, but said it was unhelpful to connect wider bilateral issues with those unfairly detained in Iran.

The UK’s priority was the immediate release of Nazanin Zaghari-Ratcliffe, Anoosheh Ashoori and Morad Tahbaz.

Officials added it was in Iran’s gift to do the right thing and allow British nationals home to be reunited with their family.

In a question-and-answer session at the thinktank Chatham House this week, the foreign secretary, Liz Truss, acknowledged that the UK owed the debt. She has met the families of two UK-Iranian dual national detainees, Zaghari-Ratcliffe and Ashoori.

Richard Ratcliffe, the husband of Zaghari-Ratcliffe, said: “It is a positive sign. It seems to us as if Iran may be trying to push this over the line, but the UK is very careful not to say what the problems are with the payment so we do not know what we do not know.

“Our lawyers believe the US sanctions cannot be preventing the payment. There may be political problems with the US. Any EU sanctions prohibiting payment have now become UK sanctions so it is possible for the UK to certify that payment of the debt would not breach UK sanctions.

“But Nazanin remains in harm’s way, and it is now the sixth Christmas that our family will be apart – that is a long time. I am afraid I am more pessimistic than I was last Christmas.”

Sherry Izadi, the wife of Ashoori, who is detained in Evin prison, Tehran, said: “Although we expected to be told of this development by the FCDO, we sincerely hope the report is true and that we are one step closer to having our loved one back. In these months of gloom and despair, this has been the first real ray of sunshine.”