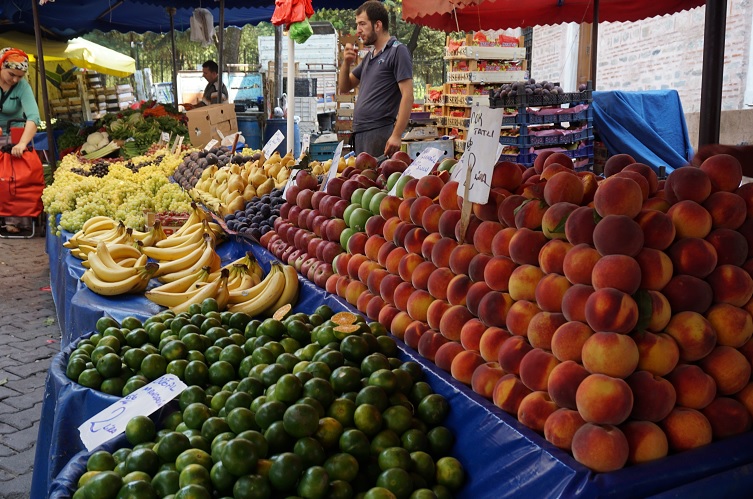 In Turkey, the lira is falling, and so is the sky. Prices at supermarkets are changing almost daily. Lines for subsidized bread are growing. Turks are unable to make ends meet as the costs of potatoes, flour and chicken soar. Almost universally, pundits blame one man: President Recep Tayyip Erdogan.

The autocratic Erdogan — who ascended to power during George W. Bush’s first term as U.S. president — has effectively declared war on financial orthodoxy, throwing fuel on the fire of a currency crisis by lowering interest rates when economists argue he should be doing exactly the opposite: jacking them up to defend the lira.

But Erdogan, who claims to have studied economics, says he knows best. Asking Turks to be “patient,” he insists a weaker currency and lower interest rates will boost Turkish exports, create jobs, spur growth and beat back inflation. What he neglects to mention, economists say, is that such a policy, especially in the throes of crisis, will also cause the price of essential imports to soar, frighten away foreign investors, drain Turkish banks and impoverish the population by propelling inflation rather than taming it. On Thursday, a fresh rate cut — the fourth in four months — sent the lira plunging to a record low.

Having accumulated power over the years, while purging those who questioned him from the government’s ranks, Erdogan, critics say, is now surrounded by yes-men. He has fired free thinkers in Turkey’s Central Bank, leaving experts fretting there may be no one left with the president’s ear to say the sultan has no clothes. As the lira continues to plummet — it has lost half its value against the dollar this year — poor and middle-class Turks are paying the highest price, as the cost of staple goods double and fuel costs surge by 40 percent.

“I think the end of the world is coming,” one Ankara street vendor told the New York Times.

“He really seems to believe he is right, whereas the rest of the world believes the contrary to be true,” Sinan Ulgen, a Turkish expert at Carnegie Europe, told me. “If this policy fails, he will continue to lose popularity. Already, other presidential contenders are gaining in the polls.”

Betting against Erdogan often fails. Over the past two decades, he has repeatedly managed to turn adversity into triumph, successfully navigating geopolitical crises, a murky coup attempt and a Turkish Spring, almost always coming out stronger while maintaining the backing of the Islamic conservatives at the heart of his Justice and Development Party (AKP). Unless, as the opposition has urged, early elections are held — a possibility Erdogan has rejected — the next presidential poll won’t take place until 2023.

Still, economic crises can be treacherous for politicians. Just ask the Argentines, who, amid a devastating currency collapse and debt crisis in late 2001, went through five presidents in two weeks. Turkey is not there yet, and, for a number a reasons, including its more manageable foreign debt, will probably avoid an Argentine-style meltdown. Yet authoritarian leaders like Erdogan have repeatedly fallen amid economic chaos. In 2019, Sudan’s President Omar Hassan al-Bashir was deposed in a military coup after demonstrations that started in response to soaring costs of food and fuel. Some experts cite high food prices as one factor in the Arab Spring. To stay in power, autocrats tend to become more autocratic. In Venezuela, President Nicolás Maduro — a close Erdogan ally — survived despite hyperinflation, and the horrific humanitarian crisis it caused, by dragging the country closer toward full dictatorship.

Though now seen as an autocrat, Erdogan didn’t start that way. “I do not subscribe to the view that Islamic culture and democracy cannot be reconciled,” he said in 2003. Erdogan’s early years in office saw him tame an activist military establishment, including scores of acting and retired soldiers and officers. His pro-investment policies initially produced an economic boom that lowered poverty rates and brought gleaming new infrastructure to Turkish cities.

Some date his point of no return as an autocrat to 2013, when he backed a violent response to the Gezi Park protests in Istanbul that started in opposition to urban development but morphed into a broader public outcry against waning freedoms.

In 2018, Erdogan pushed for and won a switch from a parliamentary system to one with a strong president, the job he now has and in which he has more freedom to sidestep parliament. But even before that, as prime minister, he had moved to silence dissent by controlling the press. He purged the military following the 2016 coup.

Since 2018, however, Turkey has also been staving off a painful economic reckoning. The lira slipped as Erdogan sought economic growth at any cost, and saw lower interest rates as the way to achieve it. Problems accelerated in March, when Erdogan, bent on lowering interest rates further, fired his third Central Bank chief in less than two years, replacing him with Sahap Kavcioglu.

“The main qualification the new Central Bank governor brings to his office is his relationship with the president’s son-in-law Berat Albayrak, whose tenure as minister of finance and treasury was disastrous,” Steven A. Cook wrote in Foreign Policy.

Erdogan has defended his stance, citing Islamic proscriptions against high interest, while also pointing to China as an example of how low interest rates and a weaker currency can create a thriving middle class.

But that took time — something Turkey might lack given the precipitous plunge in the lira, which has also driven up manufacturing costs at home. Turkey imports parts for much of its finished exports — like cars — which, given the weak lira, are now more expensive to buy. In the meantime, currency woes are deepening discontent and inciting anti-government protests. This week, the Wall Street Journal reported, MAK — a pro-government political consulting firm — said that AKP support had sunk below 30 percent in polling for the first time ever.

The Journal’s dispatch from the president’s hometown of Rize captured the souring sentiment, which should give Erdogan reason for concern.

“We are at the bottom of the well. We have no purchasing power left,” Mehmet Alibaris, a tea farmer near Rize devastated by inflation, told the Journal. “I’ll vote for anyone who will get rid of this government.”