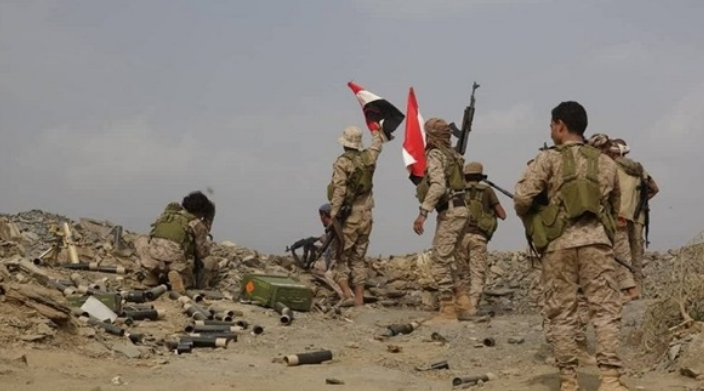 In a new indication of the depth of the relationship between al-Qaeda and the Houthis in Yemen, the Houthis announced the release of 50 al-Qaeda members who were languishing in the militia’s prisons.

At the beginning of December, the Houthis awarded Aref Majali, a leader in al-Qaeda, the Arab Tribe Medal for his role in supporting the militia by mobilizing a large number of members.

The first direct cooperation between al-Qaeda’s branch in Yemen and the Houthi militia dates back to 2015, after the militia acted as a mediator between Iran and al-Qaeda in a prisoner exchange deal to release an Iranian diplomat who had been kidnapped by the terrorist organization in exchange for Tehran releasing five detained senior al-Qaeda leaders from Iranian prisons.

Since then, the Houthis’ have opened the way for al-Qaeda in the areas under the militia’s control in Al-Bayda Governorate.

In April 2021, the legitimate government in Yemen handed over a memorandum to the UN Security Council containing a number of evidences proving the existence of a relationship between the Houthi militia and terrorist organizations, most notably al-Qaeda, with the aim of spreading chaos and terrorism.

In the memorandum, the government explained that the security services discovered that most of the terrorist operations that took place were not committed by the militia alone, as al-Qaeda participated in the implementation.

The Sanaa Center for Strategic Studies revealed in a report on Thursday, December 23, that the Houthi militia is facing a significant shortage in its ranks, and for this reason it has recently entered into talks with al-Qaeda to release the detainees, urging them to engage in battles to support the militia.

The report added that more than 400 al-Qaeda members were in prisons following the Houthi takeover of the capital, Sanaa, but were recently released, explaining that al-Qaeda in return gave up raiding prisons to release its members after finding a response from the Houthis, who considered swapping prisoners in exchange for them joining their ranks in battles a good way to compensate for the militia’s human incapacity.

Yemeni political analyst Mohamed al-Hamairi said that al-Qaeda has many common interests with the Houthi militia, including that this relationship guarantees it financial and military support from Iran, and this support guarantees the terrorist organization’s survival and influence in Yemen.

Humairi confirmed in an exclusive statement to the Reference that the Houthis benefited recently from al-Qaeda through terrorist elements sent by the organization to the Iranian-backed militia.

He added that both the Houthis and al-Qaeda have a common enemy, which is the Yemeni National Army, both are not interested in the army’s survival and entering into confrontations with it, so they allied themselves against it.